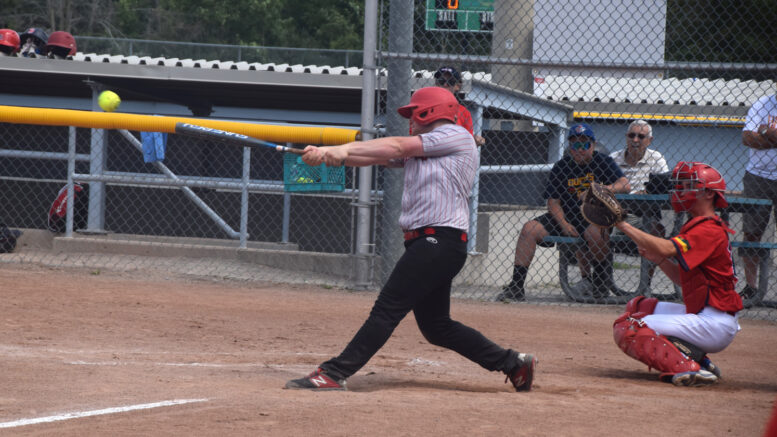 Napanee's Connor Brooks connects on a double against the Saskatoon Selects at last summer's Nationals, held in Napanee. Photo by Adam Prudhomme.

Softball Canada unveiled its full U23 National Team roster this week, announcing Napanee’s Connor Brooks has made the final cut.

Brooks was among five players added to the core group of athletes who were named to the team the previous week. He joins fellow Napanee Express product pitcher Riley Manion, who was named among the initial core group.

Brooks, who is also a pitcher, was a member of the U20 Express team that captured silver on home dirt at the Nationals last August.

Brooks and Manion will be among the 16 athletes to represent Canada at the 2023 WBSC U23 Men’s Softball World Cup. The tournament will be played April 15-23, in Parana, Argentina.