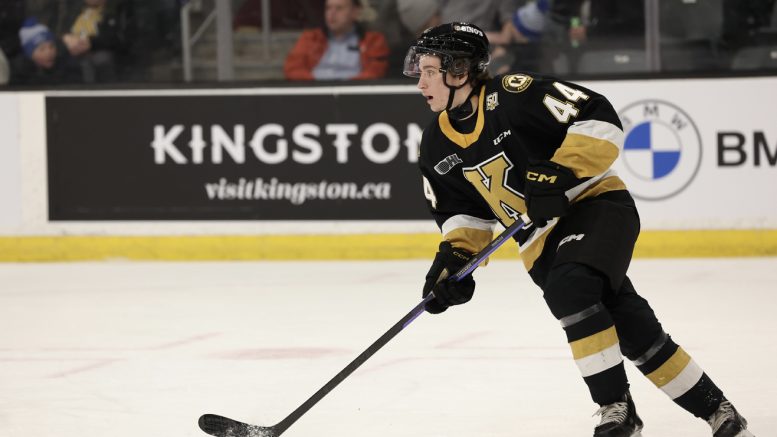 Napanee's Cal Uens suited up for his first home game as a member of the Kingston Frontenacs on Friday at the Leon's Centre. The defenceman was acquired from Owen Sound ahead of last week's OHL trade deadline. Photo by Robert Boucher.

Cal Uens has played four games with the Kingston Frontenacs, arriving to his hometown team after being traded from the Owen Sound Attack. He made his home debut on Friday night, helping Kingston to a 5-3 win over the Sarnia Sting. Last night Uens earned a fighting major in Peterborough, a game in which Kingston won 2-1.

All photos by Robert Boucher.