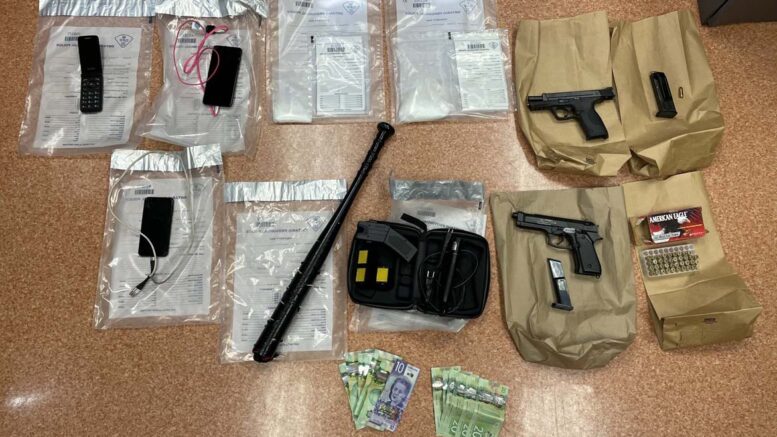 Police say they recovered a loaded handgun, a bat with spikes attached and cocaine during a search of a Deseronto address.

On Sept. 21, 2022, a search warrant was executed at an address on Edmon Street in Deseronto. Over 100 grams of cocaine, as well as a loaded handgun and ammunition, an air pistol, a taser, a spiked baseball bat, and other items were seized. A quantity of cash was also seized.

A 35 year old of Deseronto, and a 41 year old, of Belleville, were arrested and charged with:

Both accused were held in custody pending a bail hearing.