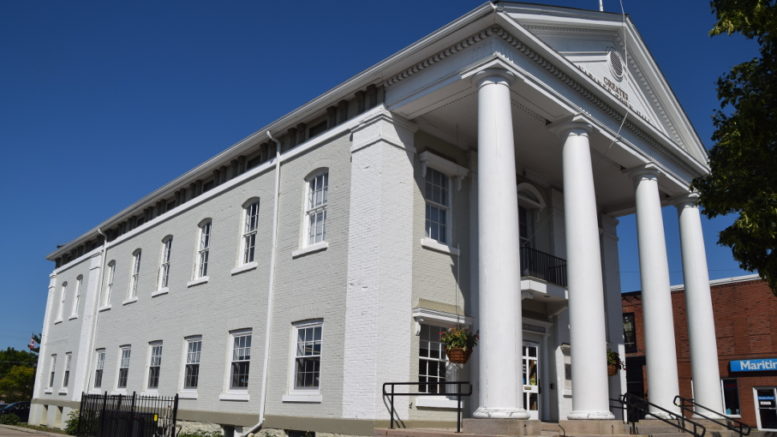 Morningstar Mission is once again gearing up to offer a much needed overnight warming centre this winter, but will need some help from the Town of Greater Napanee to continue to do so in the future.

The Mission’s executive director Kevin Alkenbrack appeared before Greater Napanee council on Sept. 13 to appeal for monetary support for improvements to the warming centre. Mayor Marg Isbester made the motion to note and receive the report while directing town staff to compile a report outlining how much the town could contribute to the centre.

“Morningstar Mission has been drawn into the complex world of the unhoused as our programs have always focused on trying to build community for those experiencing poverty,” explained Alkenbrack. “We’ve done it traditionally through breaking bread together, however in 2018 after the homelessness symposium, the overnight warming centre was created.”

After bouncing around from a few locations, the centre has found a permanent set up at the Mission, located at 58 Water St. in Napanee.

Alkenbrack said according to data from Lennox and Addington County, there are 84 individuals who identify as homeless within their boundaries, most of which in Napanee. The last two years the centre has been funded in part by the county, which contributed $100,000 last year and is committed to doing so again this winter. Beyond this year however, it appears unlikely that funding will continue.

Alkenbrack’s ask was for $48,000 from the town for improvements to the centre as the need continues to grow. Yearly operating costs for the centre is about $250,000.

“Our own experience from last year’s warming centre showed 437 overnight rest pods assigned to 48 unique individuals from late December until the end of March,” said Alkenbrack. “It is very taxing on all involved in trying to address the lack of affordable housing, the few mental health resources, rising homelessness, increased substance abuse and addiction issues and very low income levels for single adults who are accessing Ontario Works, which provides $733 a month or Ontario’s Disability Support Program, which is $1,169 per month. With all these pressures, many more will struggle to stay in an apartment or boarding house room.”

Last year the centre ran from Dec. 17 to March 31 from the hours of 8 p.m. to 7: 30 a.m. Alkenbrack said he’d like to extend those hours as sending someone out into the frigid weather at 7:30 a.m. is far from ideal-but currently their only option. This year the goal is to open much sooner as well, starting on Nov. 27.

When councillor Terry Richardson asked if Alkenbrack could envision there ever being a need for a year-round shelter, the Morningstar Mission executive director was quite clear.

“I often say that we’re on the front end of the tsunami and it’s not that it’s coming, it’s here,” Alkenbrack said of the homelessness crisis. “How deep and far reaching it’s going to be, only time will tell. I say anybody who wants to see what our future looks like only needs to go to our neighbours to the east and the west (Kingston and Belleville) and ask what is happening there. Right now our people are in the bushes and out of sight. I’m not sure for how long that will remain.”

-Seniors Outreach Services also appeared before council to seek a funding partnership, this one on an on going basis.

Council had a similar response, opting to note and receive the report while adding that more research would be needed to be done on the matter before they could commit to any funding.

Diane Talas, programming director with SOS, appeared before council requesting a yearly commitment of 20 per cent of their operating expenses, which totaled $179,073 in 2022.

Talas gave council an update on some of the growth they’ve experienced over the last year, with 350 members accessing their services.

“We have recently acquired the (former) gymnasium at Westdale Public School, which in the short term and the long term is going to enhance our organization tremendously,” said Talas. “It is finally allowing us to grow in the manner that we can well suit this community and its 55 plus year old members.”

She also noted the return of the senior bus, which operates Tuesdays and Fridays with the hope to expand.

“With the inclusion of our gymnasium I plan to introduce movie nights, community dances, pickle ball, badminton, all kinds of things that we didn’t have opportunity for before,” said Talas. “Currently we have a lot of waiting lists for our existing programs… It’s very positive going forward.”

With restrictions lifting, the non-profit has been able to resume some of its fundraising initiatives, their biggest of the year coming up Sept. 24 with their Home and Garden Tour. (Passports available at 12 Richmond Blvd., Gray’s IDA or Black Cat Café in Tamworth).

“We can’t grow without the support,” said Talas. “Every town of our size and larger has a seniors community centre. We happen to be the only game in this town.”

Isbester agreed the organization is an important one to the community.

“It’s a very valuable organization that has to go on but we have to be responsible to all the tax payers,” added the mayor. 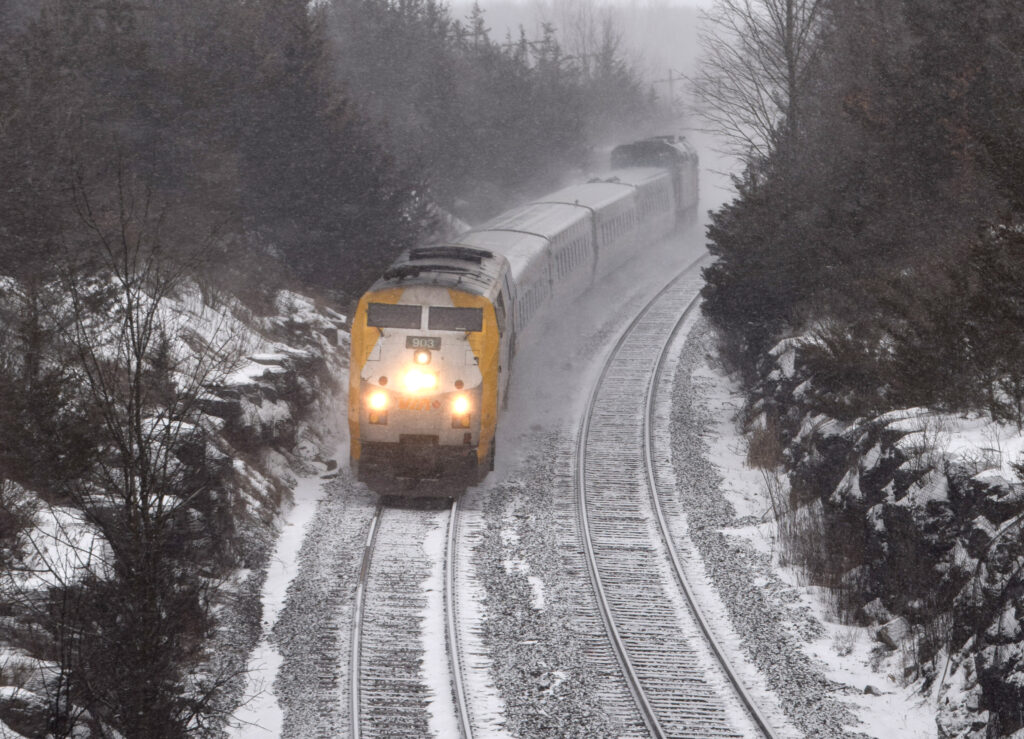 A Via Rail train rolls through a snow storm towards the Napanee rail bridge to cross the Napanee River. Photo by Adam Prudhomme.

-Under notice of motions, Councillor Ellen Johnson made it be known she plans to talk about Via Rail service in town at the next meeting.

“I think as we consider transportation I think we should also re-visit the rail service to Greater Napanee,” said Johnson. “This is something that this council spoke about almost four years ago about improving the stops at the Napanee train station and the marketing for the trains to say that these stops are available. I would like to re-visit that and ask them to look at including us in their schedules on a more permanent basis.”

-On the topic of budgets, council passed a by-law to schedule budget deliberations for the 2023 budget.

Staff met on Sept. 14 for a half-day session and plans to do so again Sept. 26 to focus on strategic areas of consideration for next year’s budget. On Oct. 17 they’ll gather again to discuss progress on the budget.

Budget deliberations will continue in December following next month’s municipal election, with the exact date to be determined.

Council’s next regular meeting is scheduled for Sept. 27 with the final meeting of this term set for Oct. 11. The municipal election will take place Oct. 24.