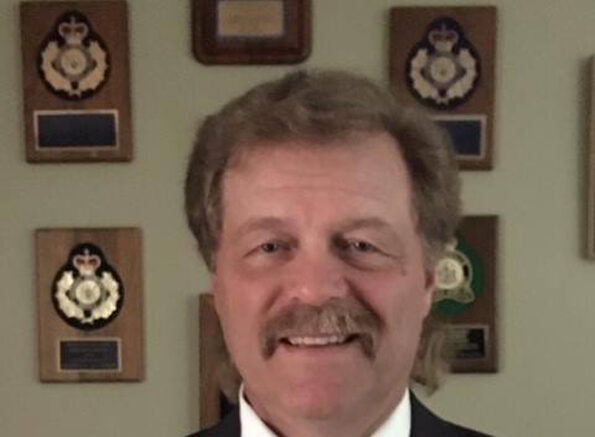 Terry Richardson has been acclaimed as the next mayor of Greater Napanee.

Terry Richardson was gearing up to hit the campaign trail this fall, ready to convince the residents of Greater Napanee why he should be their next mayor.

Evidently the community was already sold on the idea as no challenger stepped forward during the nomination period, meaning Richardson will be acclaimed as mayor on Oct. 24’s election night.

The incoming mayor took some time to talk with the Beaver as he wraps up his last few weeks as Ward 2 councillor and looks ahead to the next term.

“I just wanted to continue the good work that we’ve done,” Richardson said of his decision to run for mayor, filing to do so on the very first day of nominations on May 2. “This first term of council has been a challenge in a number of different ways, but most of all I think we just spent two and a half years in the COVID stage. Even saying that, we were able to establish and achieve a lot of important things for the community. The more we achieved the better it felt, the better it felt, the more I wanted to stick around. Obviously early on I became aware the mayor (Marg Isbester) and deputy mayor (Max Kaiser) weren’t going to move forward and run for either of those chairs so I thought it would be a good opportunity for me to be able to continue to do what we’ve done and try and install a little bit of experience in the top chair. It’s a tough job at the best of times and it makes it even tougher if you haven’t got any experience there.”

Richardson noted he was up north in Dryden, On. to visit family during the final days of the nomination period. He says he expected to hear of another name or two stepping forward to run alongside him, but no one ever did.

“It’s a humbling experience to think without an election the community has said ‘you know what, we’re going to allow you to lead this next term of council.’ So it really is humbling,” he said. “I just feel the public has put a lot of hope in me and I just hope that I can fulfill what public wants me to do as far as being the head of council. There’s part of the election process that unfortunately I’m going to miss. One thing I really enjoyed when I did it the first time around was I knocked on doors and I talked to people. It was a very, very interesting process. You get so many different ideas when you’re out talking to people and getting their ideas and getting their viewpoints as to where they want to see the community go. That part I’m going to miss, but I’m still going to be able to do it in a round about way.”

Richardson said he hopes that those who are running for the remaining seats on council-all of which are being contested-will knock on doors because he says it’s a valuable experience for anyone running for local office.

Not having to work on a campaign does mean Richardson can start looking ahead somewhat, but he is quick to caution that a lot of the direction of the next term of council is still yet to be decided with the rest of the occupants of the council horseshoe still unknown.

Some of his big picture goals are in focus as they will be a continuation from the previous council.

“We’re still in the throws with the new municipal building and administrative building,” said Richardson. “A big part of having the new administrative building is to put some attention into a town hall. I’m a firm believer that town hall is going to be town hall, has been town hall and will forever be town hall where decisions are made for the community, but the poor old girl needs some attention. A little bit of money put into her, she needs a little bit of love put into her. Doing that I think will revitalize the Market Square. The plan that was prepared, the plan that we’re moving forward with in respect to an administrative building, I think it’s a good one because it not only gets everyone under one roof, or at least a majority of people under one roof, but it also focuses on the fact that we’ll put some effort and money into the Market Square which I’m a firm believer needs to happen, which will revitalize our market Square which will revitalize our downtown area.” 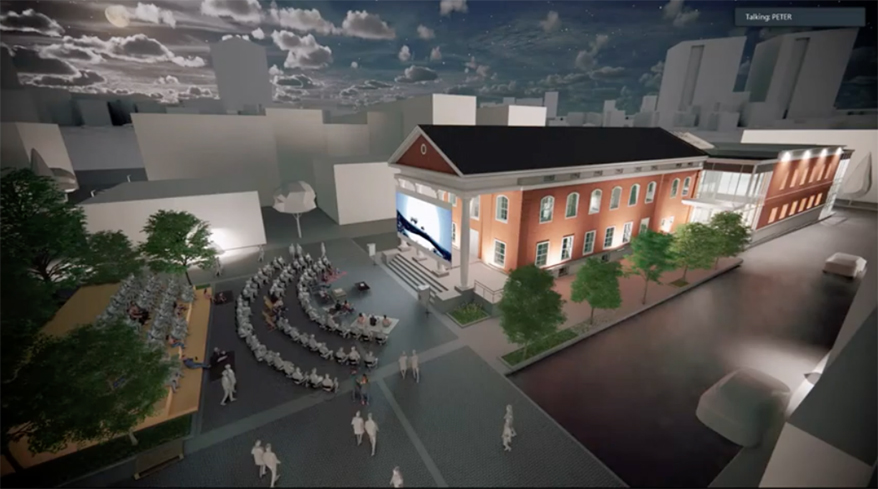 A concept drawing of proposed renovations to the existing Greater Napanee town hall with library building shown at the back.

Richardson being acclaimed means there’s guaranteed to be at least some consistency from the current term into the next. There will be at least two new members of council as Richardson slides up to the mayor’s seat and Ward 1 councillor John McCormack is running for deputy mayor. Every other current councillor is seeking re-election, each one with some competition.

“I think we’re going to get an extremely good mixed of seasoned people who back and some new faces and some new voices and some new ideas,” said Richardson. “I’m encouraged by it, I think it’s a good thing. We do need some consistency moving forward because there’s some stuff, to use the administration building as an example, those of us that are returning know how it important it is to make sure that we continue forward with what we’re doing. We just don’t want to lose the traction on that that we have.”

Among the challenges facing the next council will be dealing with the aftermath of the pandemic and the financial fallout from that. Richardson says that will be something in the back of his mind as he begins to map out the next four years. He uses the words ‘normal’ and ‘boring’-in the best sense of the word-when he talks about what he hopes his next turn on council will be like compared to governing during a pandemic.

“There’s a lot of good work that has happened and a lot of good work that will happen,” Richardson adds. “I’m born and raised here, I love this community, it’s who I am. You don’t realize the importance of a hometown community until you move away and come back. I had an opportunity to move away from Napanee because of my work and gravitated back because it’s such a great place. It’s got everything than anybody would ever want and most importantly is the people.”