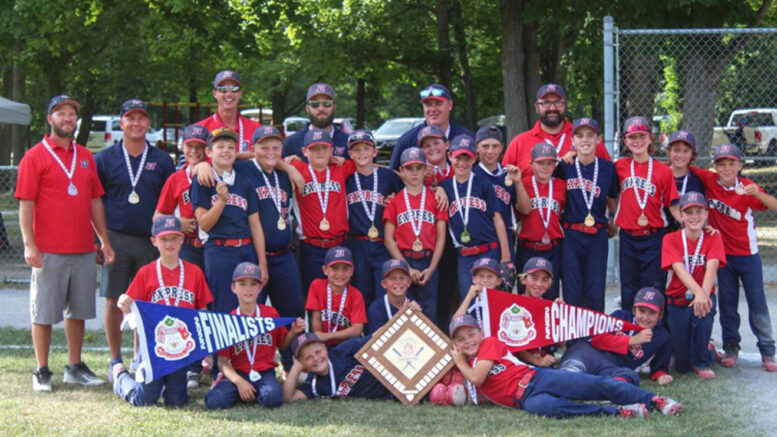 Napanee's U11 Express teams Blue and Red both reached the finals of provincials in Springbrook. Submitted photo.

It was an all-Napanee final at the Ontario Amateur Softball Association U11 Provincials in Springbrook on Sunday with the Express Blue defeating Express Red.

Napanee Blue began their tournament with a 12-2 win over the host Springbrook team and then doubled up on Elmira 8-4. In Sunday’s semifinal they bested Tara 15-5 to advance to the finals, which they won 18-3.

Napanee Red also went undefeated on their way to the finals, beating Tara 15-2, Wiarton 16-1, Elmira 11-0 and Havelock 7-5 in the semifinals.