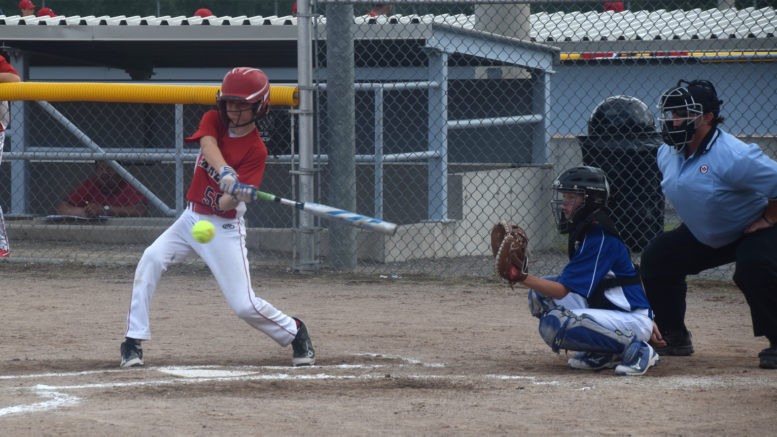 Napanee's Luke Paul was among three Express played named as all-stars at the 2022 U17 Fast Pitch Canadians. File photo.

The Napanee U17 Express’ valiant quest for Canadians gold came up just short as they fell 7-0 to Chatsworth in the finals of the Fast Pitch Championships in Saskatoon on Sunday evening.

Napanee came into the finals riding high after a thrilling seventh inning rally in the semifinals. The magic ran out there however as Chatsworth pitcher Dakota McComb shutdown the Express with 4.1 shutout innings, picking up 13 strikeouts.

Gavin Brooks got the start for Napanee, pitching two scoreless before the Longhorns reached him for two runs in the third. They tacked on three more in the fourth and then closed out the win with two in the home half of the fifth.

Napanee finished the tournament with an 8-3 record and return home as silver medalists in a tournament that featured the best from across Canada.

The Express’ Jack Madden, Luke Paul and Kaden Fowler were named to the tournament’s all-star team.