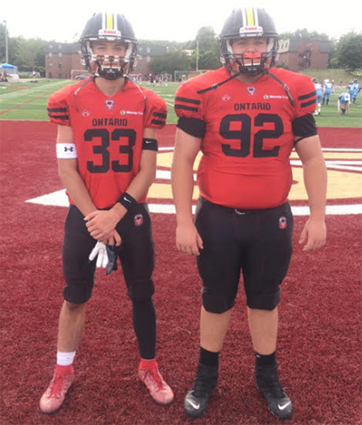 Van Hoek attends NDSS and will be playing football for the NDSS Hawks in the fall. Skanes attends Bayside Secondary School and they both played for the U16 Quinte Skyhawks out of Belleville this past season.

The U16 Team Ontario consists of the 40 best junior football players from across the province that were selected to compete against the best of other eastern Canadian provinces.