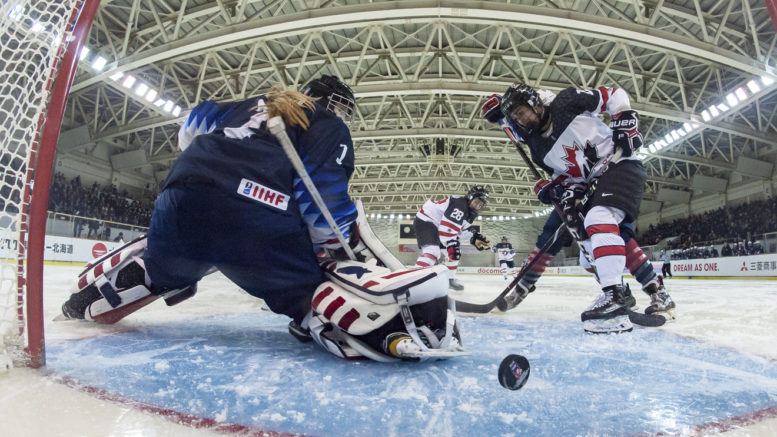 A pair of local players were among Hockey Canada’s 142 invites from the nation’s top players to attend the BFL National Women’s Program selection camp, set to take place Aug. 3-14 at the Markin MacPhail Centre at WinSport’s Canada Olympic Park.

Napanee’s Taylor Gilmour has been named to the U18 selection camp roster while Erinsville’s Maddie Wheeler is on the national women’s program roster.

Gilmour, who plays for the NDSS Golden Hawks and Kingston Ice Wolves, signed a full NCAA Div. I scholarship with Rhode Island’s Providence College earlier this year. Wheeler, a graduate of NDSS, is heading into her third year as a member of the University of Wisconsin Badgers hockey team.

A third player with Napanee ties will also take part in the national women’s program roster selection camp goalie Hannah Murphy. Currently living in Bradford, On., she played her first five years with the Napanee Crunch. The 19-year-old is currently a member of New York State’s Colgate University where she posted a 1.49 GAA in 22 games in her rookie season.

“This is a great opportunity to bring all three groups together in one place and start to envision what the next four years will look like,” said Kingsbury. “We are coming off a very successful season and we are looking to continue building on that. We have a full complement of experienced staff to lead our camps but having our Olympic athletes able to play leadership roles where they can mentor and share their experience is a positive step in our journey towards the 2026 Olympic Winter Games in Milan.”

Following the selection camp, the cross-border series with the United States will be re-introduced for the first time since 2019. Team Canada will also face Finland on Aug. 14 in a final tune-up before the Canada-U.S. series.

The selection camp is also a critical step for Canada’s National Women’s Team in preparation for the 2022 IIHF Women’s World Championship, Aug. 24-Sept. 4 in Herning and Frederikshavn, Denmark. Canada is expected to play Denmark and the United States in a pair of pre-tournament games prior to the start of the women’s worlds.