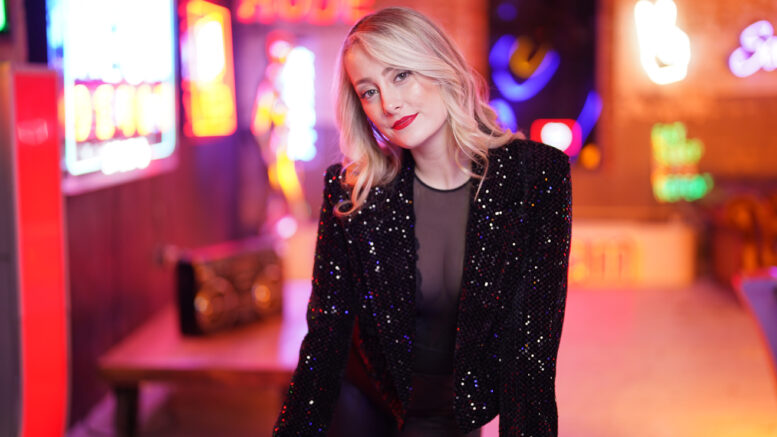 Emily Clair of Napanee has been nominated for County Music Association Ontario's Roots Artist of the Year. Photo by Pharaoh Photography.

Her debut full-length album still a work in progress, Emily Clair is already making waves in the county music industry, earning a nomination for County Music Association (CMA)Ontario’s Roots Artists of the Year.

Originally from Ajax, the singer-songwriter has called Napanee home for almost a year now. That’s where she was when she was casually scrolling through the CMAOntario website before noticing a picture of her face next to the nominees.

“It was really humbling to find out and unexpected,” Clair said of learning she’d been nominated. “It’s always nice to see your name up on the list to say you are eligible for an award and then your other music peers are voting for you and others in the industry, it’s just really humbling.”

Winners will be announced during the CMAOntario Festival and Awards Weekend, June 2-5 in London. On., hosted by Jason McCoy and Robyn Ottolini.

“I’ve been waiting a long time for this and it’s just something that’s just another milestone with my career and really lovely to be nominated in general,” said Clair, who says she began singing at age three and was doing so professionally by age six. “It’s not about winning, just recognition is wonderful.”

Singing has long been a passion of hers but the past five years in particular is when she decided to go all in. In 2021 she released a pair of singles-Drive Me Home and Limousine-which landed in the Top 40 of CBC Country/Sirus XM’s rotation in Canada. Earlier this year she released Kiss Strangers, the first single from her upcoming debut full length album Stealing Hearts.

“During the pandemic it just gave me time to write and connect with other artists and make some really good music,” she said.

Though she had some more time on her hands during the lockdown, it also made her have to re-think the traditional writing session.

“A lot of artists here in Ontario or Canada usually go to Nashville and connect with other musicians and writers in the States,” she said. “It gave us a chance to come together as one big family and start working and connecting and writing with people here. It’s just really neat because people were so used to writing in person and we started doing these online writes on Zoom which is super weird at first because you’re just so used to walking into a room and being vulnerable in that room. Just like feeling people out in that room but instead you have to do it online so it’s super awkward but now it just became the norm.”

While she waits to hear the outcome of her CMAOntario nomination, she continues to work on her album which already has a few songs completed with a handful more to record. She’ll also return to playing live shows with appearances lined up at Music from the Vineyard, July 23 at Terra Estate Winery in PEC, Stirling’s County Jamboree Aug. 26 in Stirling and the Crooks Rapids Country Fest, Sept. 2 in Hastings.

To hear her music, visit EmilyClair.com.