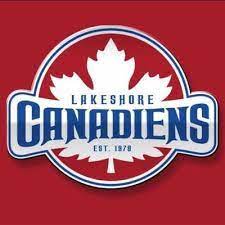 Dylan Weston scored in overtime to lift the Lakeshore Canadiens to a 3-2 win over the Clarington Eagles in the Schmalz Cup finals on Sunday.

The two clubs were the last ones standing in the PJHL’s playoff format, which saw the provincial Junior C hockey championship determined through a round robin style tournament with the top teams playing a winner-take-all one game final.

Based out of Belle River, this marks the fifth Schmalz Cup championship for the Canadiens, who reside in the PJHL’s Western Stobbs Division. They officially succeed the Napanee Raiders, who captured the trophy in 2019 and held the title for two years due to a pair of lost seasons due to COVID-19. The Raiders were eliminated by Clarington in the Eastern Conference finals.

The PJHL handed out its team awards on Sunday as well, with the Raiders’ trainer Caitlin McCuaig earning trainer of the year.