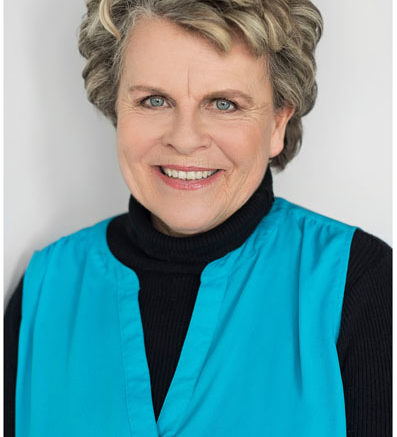 Napanee native Deborah Kimmett is set to the take the stage at the Social Capital Theatre on May 1 and May 8 debuting her new show Overnight Sensation. The show will be produced by Howl & Roar Records.

While the show is a comedy, it promises to touch on issues that can cut deeply, such as society’s perception of aging and the subsequent pigeon-hole many people, especially women, find themselves in as they get older.

“Overnight Sensation is a hysterical comedy that finds Kimmett on the eve of her first old age security cheque, asking herself if it’s too late to become an Overnight Sensation. (She may even be pushing the limit on Late Bloomer),” according to a recent press release. “With her signature sharp commentary, Kimmett punches up on how we stereotype aging women. The show examines popularity vs visibility and suggests that it might not be popularity we’re all seeking, but to be seen for who we really are… a woman whose life is sensational.”

Kimmett is already well known for her role on CBC’s The Debaters and the Winnipeg Comedy Festival, among other shows. She is also the author of four books, her newest one, Window-Shopping for God set to be published in Fall 2022.

Speaking to the Beaver, Kimmett explains the impetus behind her new show and details how she came up with the name.

“I was supposed to go on tour when the pandemic hit and I was at home and just started writing this show. The thing is, I’m turning 65 this year and I’ve been doing comedy for 45 years. I just always thought it was funny when people called those who have done something for a long time an overnight sensation. It is a little play on that,” said Kimmett.

Kimmett spoke of the way seniors in Western society are often viewed as “the other”-a subset of people who become increasingly invisible.

“In other countries, families of all generations live together, but as we start to get older in this society we push people out. Seniors live somewhere else,” said Kimmett. “So, between that and being a woman, you see that you become more and more invisible. I addressed this issue before, but I wanted to go further with it.

In her work, Kimmett uses the commonly held perceptions of older women as a launching pad to explore the vicissitudes of aging.

“The Hallmark movies are all about women in their 60s who only live for maple syrup dust and their daughter’s love life,” quipped Kimmett.

To the contrary, Kimmett pointed to a number of women she knows who are considered senior citizens and live outside of what society expects of them.

“I want to celebrate that,” she noted.

Kimmett also explained her belief that failure is more funny than success, adding that comedy plays on that.

“The reason at 3 a.m. you replay your failures is they’re actually funnier than your successes,” she laughed. “I think comedians find the funny in the very ordinary stuff of everyday living.”

With the pandemic having cast a shadow on many people’s lives, Kimmett added comedy can prove to be some of the best medicine, besides vaccines.

“If we say what our big worry is, a lot of times you can get relief form that,” noted Kimmett. People thrive on jokes about stuff they’re going through.”

Howl & Roar Records is based in Toronto and strives to showcase the under-represented. The label was founded by Alison Dore, former comedian and Sirius XM Radio host. The record label, which is female-run, has been in operation for three years.