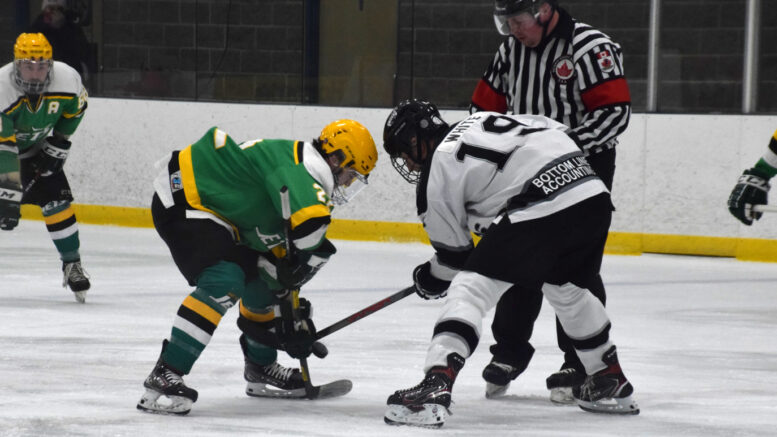 The Amherstview Jets and Napanee Raiders will face-off in the division finals starting Wednesday. Photo by Adam Prudhomme.

Game 1 of the series goes Wednesday at the W.J. Henderson Arena. Game 2 goes Friday at Napanee’s SPC. Game 3 is back in Amherstview on Saturday, Game 4 is slated for April 12 in Napanee.