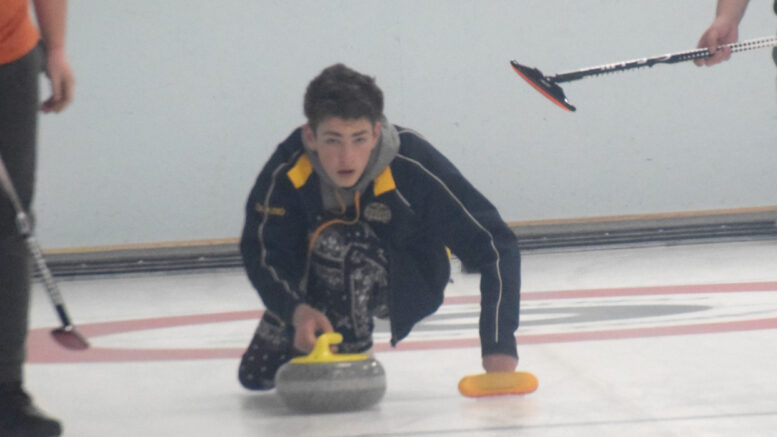 Game 1 of the best-of-three saw the NDSS Golden Hawks rink-which is made up of lead Andrew Campbell, second Ethan Stein, vice Devlen Benton and skip Jackson Colazio-down 4-0 after three ends. They picked up two with the hammer in the fourth and made some minor weight and line adjustments at the fourth end break and never looked back. They stole two in the fifth, two more in the six and forced Frontenac to one in the seven to lead 6-5 heading into the final eighth end with the hammer. Colazio secured a lightweight take out to lockdown the 7-5 victory.

In Game 2 the Hawks got off to a fast start, picking up two in the first with the hammer.

Leading 5-3 in the fourth they kept up the pressure by stealing a pair in the fifth and three more in the sixth to force Frontenac to concede early for a 10-3 Napanee win.

Unfortunately for the Hawks this marked the end of the season as the COVID shutdown forced the cancelation of all OFSSAA winter sports championships.

For Napanee it marked their second straight KASSAA curling title, having won in 2020 before last year’s sports were cancelled due to the pandemic.

In KASSAA’s mixed division, Ernestown captured the title with a 6-5 win over Holy Cross. Their team is made up of lead Emerson Hare, second Morgyn Knetsch, vice Tim Vankoughnett and skip Emma Hoover. Frontenac won the girls championship with an 8-4 win over LaSalle.