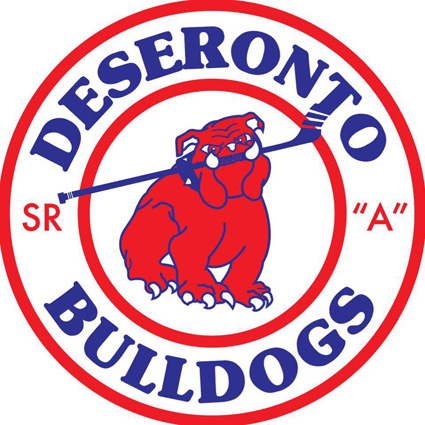 Some late heroics from Jordan Cannons helped the Deseronto Bulldogs close out their season on a winning note on Saturday, doubling up the home team Frontenac Phantoms 4-2.

Cullen Hinds potted the first goal of the game with just 43 seconds left in the second.

That set up a hectic third, where both teams found their scoring touch. Shamus Barr doubled Deseronto’s lead with just over 13 minutes to go in the game before the Phantoms responded with a pair of goals just over two minutes apart in the final six minutes of the game.

Down to the final two minutes of the game, Cannons scored the all-important go ahead goal while short-handed. Luigi Martone would dump in an empty-netter with 43 seconds left to play for a huge insurance tally.

The win wrapped up Deseronto’s second season in the Eastern Ontario Super Hockey League with a record of 5-12-1. Their fifth place finish places them outside the playoff picture as the top four teams in each league qualifies for the post-season.

Martone finished the season as the team’s top scorer with 11 goals and 11 assists in 18 games played. Cannons and Barr each had 10 goals. Cannons led the way with 14 assists followed by Ryan Dreossi with 12, Martone with 11 and Joey Mayer with 10.