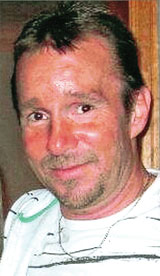 On Monday, February 21, 2022, Randy Douglas Weese of Oshawa passed away at home. Dear son of Roy Weese and the late Marilyn Weese. Dear father to Tawny, Shandy and Chelsea, Brother to Lynne Baird (Paul), Lisa Dudgeon (Russell) and the late Stephen Weese. Randy is survived by his five grandchildren and many nieces and nephews. Aquamation has taken place. As expressions of sympathy, memorial donations to Diabetes Canada or the L&A County General Hospital Foundation would be appreciated by the family. In the care of the Wartman Funeral Home – Napanee Chapel.

Online condolences and donations at www.wartmanfuneralhomes.com