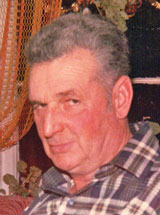 Passed away at Providence Manor in Kingston on Thursday, February 3, 2022. Gordon Alva Yeomans at age 98. Beloved husband of the late Norma Yeomans (Haig) and dear father of Ken Yeomans (Barbara) of Enterprise. Grandfather of Bonnie Tryon (Ron) of Napanee; John Yeomans of Enterprise; Judy Williams (Troy) of Arizona; Ken Jr. of Enterprise and Tammy Kidd (Terry) of Enterprise. Great-grandfather of Nicholas and Brianne Tryon; Austin, Kyler and Dustin Williams and Allison, Sarah and Travis Kidd. Brother of the late Clifford and Walter Yeomans. A private family service was held at the Hannah Funeral Home in Napanee on Tuesday, February 8 at 1:00 p.m. with interment at Riverview Cemetery. The service was live streamed on our website and can be viewed anytime. Memorial donations may be made to a charity of your choice.