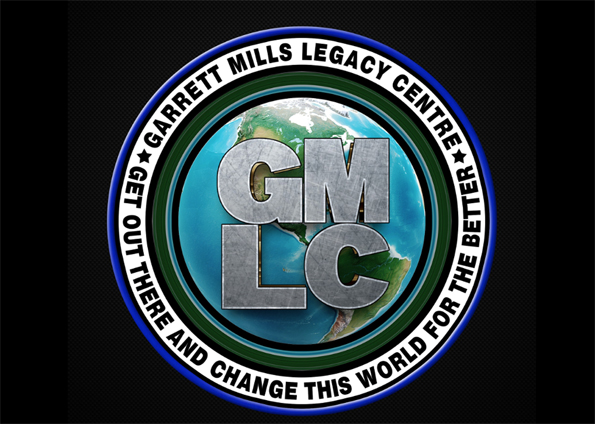 The Garrett Mills Legacy Centre will be a place for people to heal from emotional or physical trauma.

Garrett Mills’ life was short, but his impact on others can still be felt to this day.

His life philosophy is the inspiration behind a forthcoming Garrett Mills Legacy Centre, a space that will carry the intention of being a place for healing, learning, playing and growing.

Garrett’s father Dave-perhaps better known as radio personality Buzz Collins-says the centre will be the perfect place to honour what his son believed in and help to fulfill his life’s purpose.

“It was about four days before we lost Garrett he literally asked me what a legacy was,” recalled Collins. “I took a moment to explain it to him and he paused for thought and contemplated that for a couple of seconds and said ‘when I go, I want to leave a legacy.’”

Mills’ family is among those working on the project, which is still very much in the early stages of development. Lennox and Addington OPP officer Matt Belear first presented Collins the idea of a legacy centre in Garrett’s name.

The family first met Belear under tragic circumstances, as he was the officer tasked with informing them Garrett had been involved in an accident at Napanee’s King Street Park in the spring of 2017. Garrett was just 15 years old when he passed away. Collins credited Belear’s professionalism that night in helping to make the horrible news just a little easier to take. They developed a friendship from there and have stayed close.

Belear would go on to compete at the Invictus Games in Australia which would ultimately lead to the final push to get the ball rolling on the Legacy Centre.

“He was really moved by the whole idea of the spirit of Invictus and what it meant,” Collins said of Belear. “I was incredibly humbled when he said our family had that spirit of Invictus of pushing forward and rising above. To give credit where credit is due, Matt is the one who actually came up with this idea for this place where people, particularly people dealing with trauma, whether it’s emotional trauma or physical trauma, a place where they can gather with others and connect with others. As he puts it, heal through sport.”

Collins says he’s already talked to experts who are onboard to offer their time to teach SCUBA, golf, guitar and archery at the centre.

The centre will also be a place for people to talk about mental health while also trying new things and discovering hobbies or careers.

An exact location for the centre is still yet to be determined though Collins said his preference is in Greater Napanee or at least in the surrounding area.

“Within a couple of days after the accident I was wondering how we could do (help Garrett leave a legacy), how we could leave this legacy because this young man had lived this incredible life, this exemplary life, he was all about the love,” said Collins. “We never had any conflict with him, we never had one iota of conflict with him his entire life, we never had to discipline him. We never had an argument with him. He was always about making everybody happy, whether it was his family members, whether it was friends, whatever. He just wanted everybody to get along and he wanted everybody to be happy and he made us laugh everyday. At the time I thought this was a shame that somebody who lived a life so well as short as it was, it will just be a waste if it was for nothing.”

A centre that helps others reach their potential would ensure that Garrett’s vision of changing the world for the better would be realized.

A Go Fund Me for the project has been launched and can be found on the Garrett Mills Legacy Centre Facebook page.