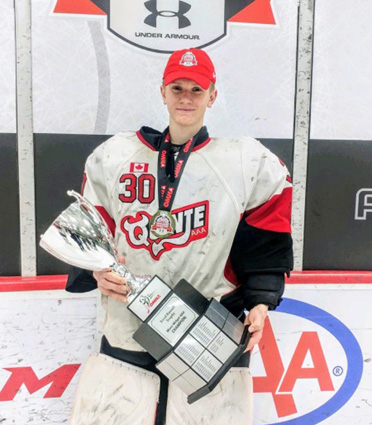 A couple of rookie Napanee natives were stars for the Owen Sound Attack tonight as Cal Uens and Corbin Votary played critical roles in their OHL club’s 3-2 win over the Barrie Colts.

Uens had two assists on the night, giving him six points 30 games into his rookie season, four of which have come in his last four games. Uens also finished the game with a career high three shots on goal. Meanwhile Votary turned away 31 shots to pick up his second career OHL victory. He’s now 2-3 on the season in nine games played.