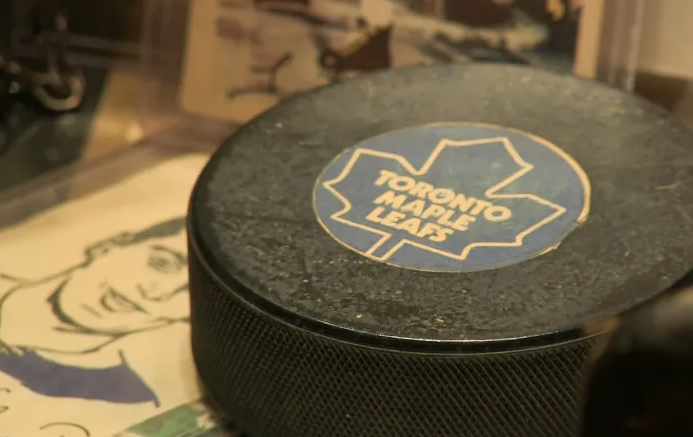 Being Leaf Nation, a film in three periods produced by Dale Morrisey of Wandering Journalist Productions, explores the connection between the Leafs and their diehard fanbase.

When Dale Morrisey of Wandering Journalist Productions began work on a passion project film that would document the uniqueness of the Toronto Maple Leafs fan base, he envisioned producing a feature length documentary.

The documentary, titled Being Leafs Nation, set out to examine the fans that support the blue and white through thick and (the more often than not) thin. Hours of research and interviews later, the Greater Napanee-based writer/producer soon realized he had way more content than a single film could hold. It was at that point his project was expanded into a three-part documentary, each broken down into a 55 minute ‘period’.

Expanding the project meant the budget grew as well. In order to cover those costs and get the film to the finish line, he’s turned to crowd funding at https://www.indiegogo.com/projects/being-leafs-nation-a-film-in-three-periods#/. The campaign includes a number of packages with perks such as facetime with Morrisey, having a name added as an executive producer or even an opportunity to attend the screening and meet some Leaf legends.

The film is already lined up to be shown on a number of PBS affiliates along with digital platforms and video on demand in the fall of 2022.

“There are Leafs fans everywhere,” said Morrisey. “Some of them don’t want to come out and say it, but they’re there. When the Leafs go and play on the road, in some arenas it almost turns into home ice advantage because there are so many fans that show up. Ottawa is an example that at one point the Senators were trying to ban Leaf fans from being in there. Tampa is another example, Florida with the Panthers and then the Coyotes, when they go out west to Anaheim, San Jose, they pack them in.”

Interviews featured in the documentary include Leaf alumni such as Rick Vaive, Doug Gilmour, Mark Osborne, Jim McKenny, Bob Baun and Ron Ellis. Along with players, Morrisey also sat down with super fans such as Mike Wilson (declared by ESPN as the Ultimate Leafs Fan), Jason Maslakow (aka Dart Guy), as well as Joe Bowen-the broadcaster known as ‘the Voice of the Leafs’.

As for this year’s team, Morrisey says he’d be more than happy to do a last minute re-write to the film’s ending should they finally end their 54 year drought and hoist the Stanley Cup.