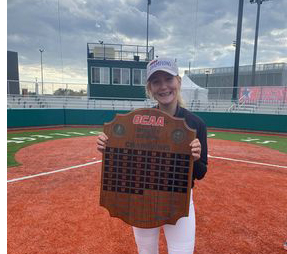 Hearns had three hits and an RBI in the championship game, leading Durham to an 8-7 extra inning win over St. Clair.
The Lords entered the championship tournament as the third seed with a 15-8 record on the season. They went on a roll at the right time, winning all four games in the playoff tournament.
Hearns was awarded the game MVP in the undefeated game of the tournament as well as was named as an OCAA tournament All-Star as a rookie in the league.