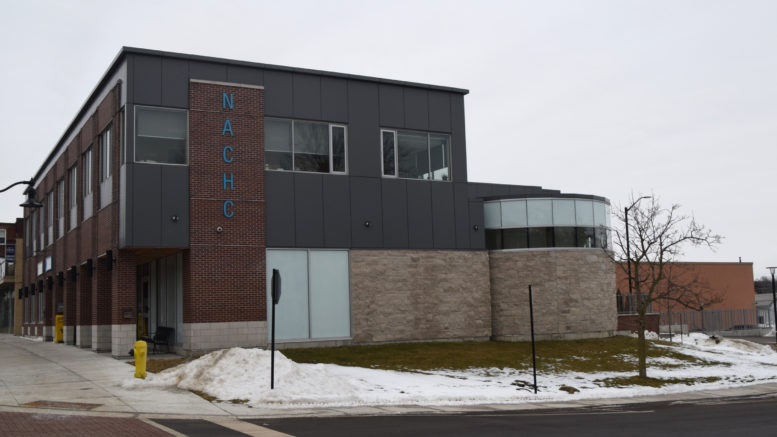 In previous winters the Morningstar Mission has operated a warming centre at 26 Dundas St. W. The location for this year's shelter is yet to be determined.

One way or another, Morningstar Mission is poised to receive the funding needed to operate a warming centre in Greater Napanee this winter.

Town council has pledged to foot the bill, which breaks down to $20,000 this fiscal year and $80,000 in 2022 to staff the warming centre. Council voted on the motion with the stipulation that they would provide the money only if Prince Edward Lennox and Addington Social Services didn’t, though it’s expected the money will come from the county level.

Greater Napanee CAO John Pinsent outlined the plan in his report to council.

“(Morningstar Mission executive director Kevin Alkenbrack) does have a plan to (operate a warming centre) over the next four to five months at a cost of a little less than $100,000,” said Pinsent. “Since then we’ve reach out to the county and (Greater Napanee manager of corporate and community services) Brandt (Zatterberg) is confident that we can get that money from the county to support those activities. That really does account for staff and some of the other expenses.”

Morningstar first operated a warming centre in 2018, doing so for three consecutive winters before pausing last year due to COVID-19 safety protocols.

Pinsent’s report added that the warming centre is just a temporary solution to a much bigger problem. Rising housing costs is expected to mean an increase in homelessness this winter.

“This is really the tip of the iceberg in terms of some of the other work that we need to do as a community with regards to vulnerable people in Napanee,” said Pinsent. “This is really a symptom of a bigger problem and not really a long-term solution as a warming centre.”

Councillor Ellen Johnson supported the motion saying even if a warming centre is considered a county responsibility, the town needs to play a role.

“It may not be our responsibility to fund this in its entirety, but someone has start somewhere,” said Johnson. “I’m really pleased to see that this is going to include discussions about home ownership programs and affordable housing and maybe tiny houses so that we’re not having to look to the county to fund a warming centre every year for the next five years. It would be nice if we could get some long-term solutions coming out of this discussion as well.”

Morningstar Mission intends to run the warming centre from Dec. 5 to March 31 of next year. That would require 3,070 staff hours for training and operations. The location of this year’s warming centre is yet to be determined. In previous years it has been held at 26 Dundas Street W.