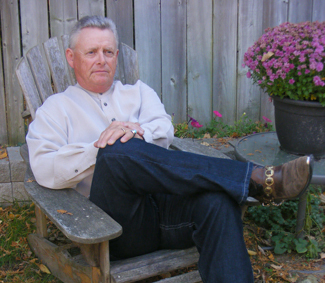 Rick Revelle’s latest novel, Algonquin Legacy, is set to be released Aug. 25 and will wrap up the four-part historical fiction series.

Set between the years of 1320 to 1350, the series follows an Algonquin family unit as they fight to survive the harsh climate of warfare, the elements and the constant quest for food in the pre-contact era. Each book is steeped in historical accuracy, the result of hundreds of hours of research done by Revelle. A member of the Ardoch Algonquin First Nation, he set out to create a series that would entertain but also showcase his people’s history and culture. 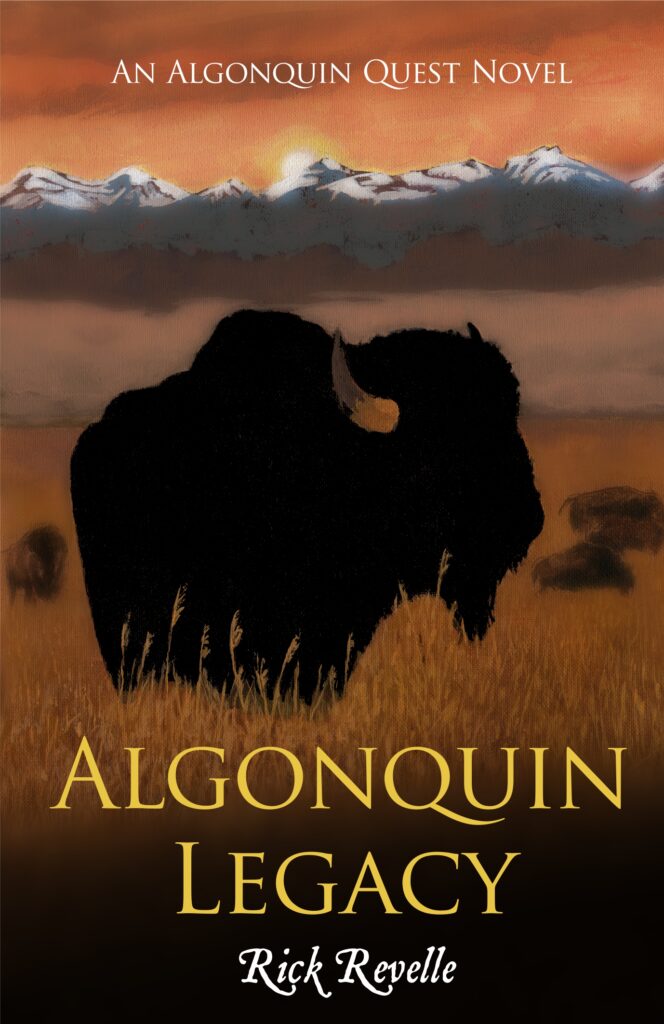 “It’s unique in that it’s pre-contact (from Europeans),” Revelle said of the series. “It’s also unique that I used Indigenous language in the vernacular. Those languages are sprinkled throughout the book. So people have some sort of idea how they conversed. I use them for names of people and places.”

“Each book took me about two years to write,” said Revelle. “I’ve been to every major museum from Newfoundland to Winnipeg and south to the Dakotas to North and South Dakota. The fourth book was written around COVID time so I couldn’t do the travelling that I would have liked to research so I had to do a lot of online and phoning people out west to make sure I’m getting everything right.”

The series takes place on both sides of the St. Lawrence River and the Great Lakes and follows the family as they travel to the Rocky Mountains. Revelle went to great lengths to depict real places as they would have appeared 700 years ago. The third book in the series includes two chapters set at the falls of the Napanee River.

Revelle’s works have been included in Native Studies and English courses in high schools across Canada.

He was inspired to write the novels as a way to preserve the Algonquin history for the next generation. Much of it was lost in the era of residential schools.

Noting a lack of Algonquin content, Revelle set out to write his first book around 2010. As it turned out, he couldn’t have picked a better time as interest in Native culture was at an all time high following the Truth and Reconciliation Report and has continued following the recent horrific discoveries at former residential school sites.

“My books came out just at the exact right time,” he said. “If they had come out 10 years earlier I don’t think they would have been as successful as they were now. There wasn’t that great mystery of Indigenous people. The Truth and Reconciliation brought all that forward with all the recommendations and the school boards jumped right on it.”

Following the release of his first novel, he’s travelled to schools in Manitoba and across Ontario, to speak to all ages, from Kindergarten right up to Grade 12. He brings with him a collection of artifacts that include pelts and replica weapons.

Though his books are geared towards young adults, they’ve proven to be quite popular with adults as well. His first book is already in its sixth printing.

To celebrate the release of Algonquin Legacy, Revelle will be hosting a handful of book signings, starting Aug. 28 at Napanee’s Shoeless Joe’s, from 1 to 3 p.m. Revelle chose that location as much of the book was actually written in that restaurant.

Though the Algonquin series has now concluded, Revelle has already penned his next release, The Elk Whistle Warrior Society. While set in modern times, there is an Easter Egg tie in with his upcoming release and his next book.

His Algonquin series is available at major bookstores across Canada and online. The books also can be purchased locally at Indigo Kingston, Novel Idea Kingston, and Chapters in Belleville. All the local libraries in the area carry all four novels.