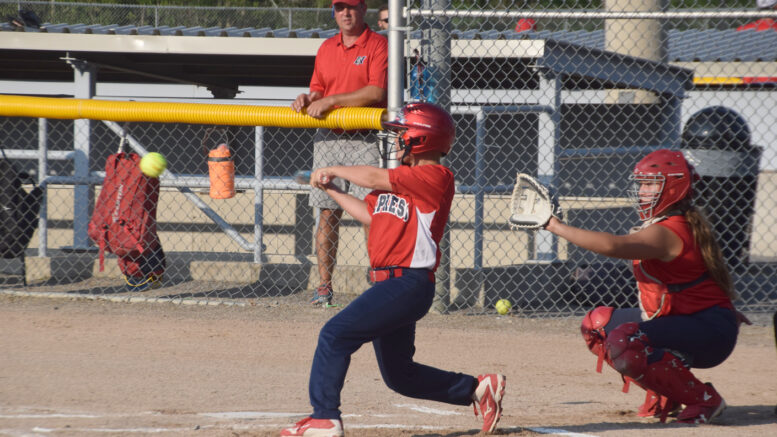 Hunter Brown of the U12 Express connects on a pitch during a game held at the Napanee Fairgrounds. The game was a tuneup for the Express as they get set to host a qualifier tournament this Saturday. Photo by Adam Prudhomme.

A pair of Napanee U12 Express teams will share hosting duties this Saturday in the first qualifying tournament seen at the Fairgrounds since 2019.

An Express boys team, coached by Dave Kerr, and a girls team coached by Bryan Brooks, will be joined by an entry from Kenmore and Havelock for the four-team field.

The tournament will serve as seeding for the U12 Provincials in Drumbo which take place Aug. 14-15.

Saturday’s qualifier will be the first of a busy summer of tournaments hosted by Softball Napanee.