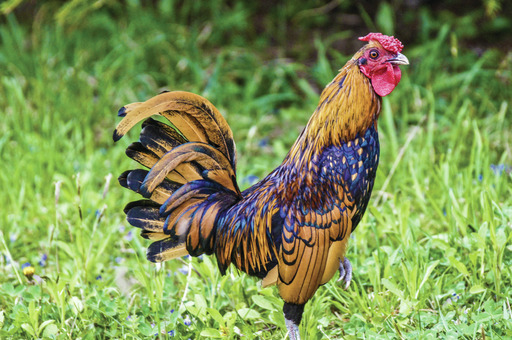 L&A poultry farmers are among those who could benefit for another abattoir in the region.

Acknowledging a desperate need for another abattoir, farmers from across Lennox and Addington met via Zoom on Monday night to discuss ways to fund one.

Cory Priest of Thorpe Farms in Odessa is spearheading the idea of teaming with local farmers to build a new facility in the region-as of right now looking at Greater Napanee. The facility would be owned by farmers who invest in the project now to get it off the ground, which is currently looking at a price tag of around $6 million. Working with a design firm and with guidance from Tracey Snow from Lennox and Addington County economic development, Priest has created rough designs for a facility. He added he’s still very much open to input from fellow farmers.

“We tried to design a facility that would suit the needs of the community,” Priest told the around 20 other farmers who were tuned it to the Zoom meeting. “The community support will guide us down the path of making a perfect facility for everybody so that it suits everybody’s needs. We don’t need to be shipping to Winchester or Mountain Grove for poultry and then shipping to Belleville for red meat and a livestock auction in Ottawa.”

Priest has been exploring options since Yarker’s Quinn’s Meats was sold last fall to the Enright Cattle Company. Prior to the sale Quinn’s was already working at capacity, unable to keep up with the demand from local farmers. Now that it’s been sold the current owners are taking on even fewer outside jobs.

A lack of meat processors isn’t just a Lennox and Addington problem. Across the province the number of abattoirs have continued to dwindle, a process that has only been expedited during the pandemic. Meanwhile demand for locally processed meat has skyrocketed during the COVID-19 crisis. Farmers are now left with wait times of up to 18 month to have their livestock processed.

“We’re looking to the community for guidance in building the perfect facility as well as support to financially support the facility and we would like to set it up as a corporation,” said Priest. “We don’t want it to be a co-op, that doesn’t work, we’ve had many models that show farmers that try to run co-op abattoirs never work. We feel strongly that a group of local farmers can band together, put our finances together and build a facility that we all own, that suits all our needs.” 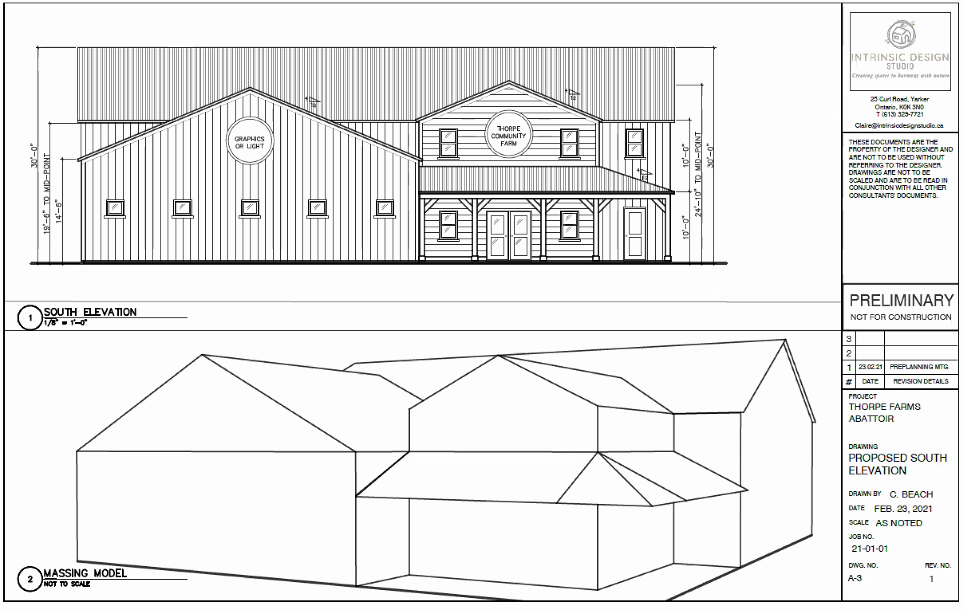 A sketch of design plans for a proposed abattoir that could be built within L&A County and owned by local farmers. 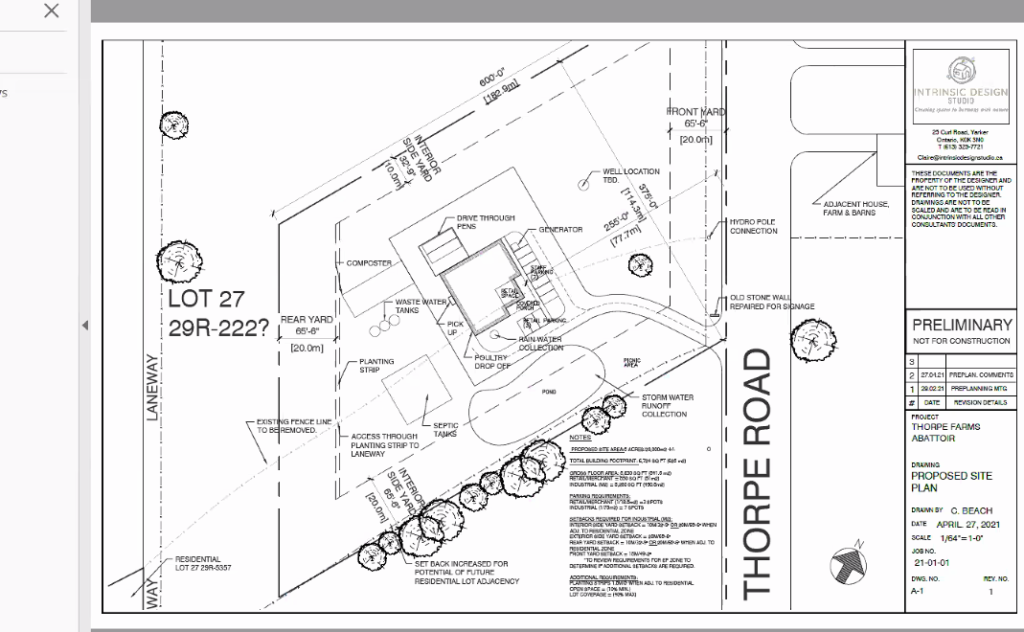 To maximize the facility’s output, Priest has suggested including 300 square feet of office space to allow for a federal inspector to work on sight. That would allow them to run more processing days, up to four or five times a week as opposed to just twice a week-one day for red meat, another day for poultry.

Priest had originally intended to build his own facility on his own property but ran in trouble with the sudden spike in the cost of building materials plus an unexpected rise in the hydro costs that would be required to run the facility. What was once looking like a $2.5 million project has climbed to $6 million. That’s when he looked to partner with neghbouring farmers in both Lennox and Addington and Frontenac. Potential locations are still being discussed, but so far Greater Napanee looks like it could be an early favourite.

“Speaking closely with the Town of Napanee, there is a site on Goodyear Road just off of 41, north of the 401, that is available that they believe could actually fit the needs of this abattoir,” said Snow. “From a zoning standpoint, it’s zoned accordingly for an abattoir and the property is fully serviced with hydro, municipal water, sewer. So a huge opportunity there.”

Finding skilled labour to work in an abattoir isn’t always easy, but Snow has found a solution for that as well. The closest college that trains for that kind of work is London’s Fanshawe College. They have however expressed an interest in partnering with Kingston’s St. Lawrence College to run the program from that campus if an abattoir were to become a reality. Priest said their funding model also factors in paying a competitive wage to the staff and offering benefits to prevent them from taking jobs with larger super markets, as is often the case. Priest says he projects to hire about nine staff to start with and could grow to 20 staff within eight years.

A similar Zoom meeting was held for Frontenac County farmers last week, with about 20 of them expressing interest in funding the project. Snow and Priest plan to hold meeting next week with farmers from both counties who have expressed interest in investing.

Snow said if they can’t get enough interest from local farmers they could explore other options from outside the L&A and Frontenac boundary to pool together $6 million, but that would be Plan B.

“At the end of the day we really want it to be grassroots, from the farmers building a corporation to make this happen to benefit all the farmers in our region,” said Snow.

The hope is to be able to have the facility built by fall of 2022.