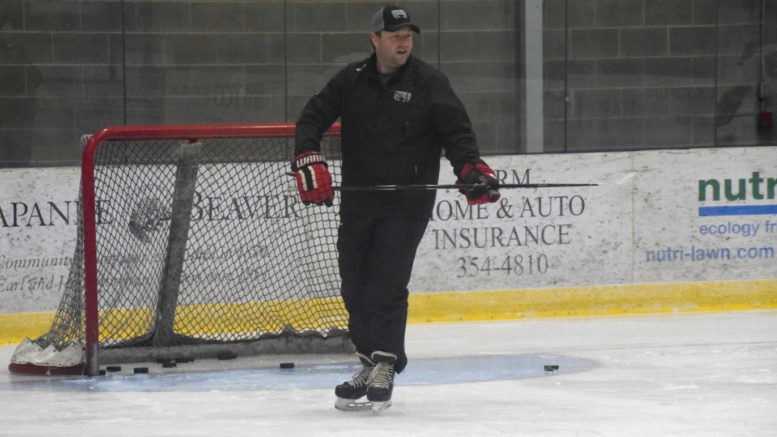 Training camp for the (still) defending Schmalz Cup champion Napanee Raiders will run Aug. 24 and 26 at the Strathcona Paper Centre.

Players born between 2001 to ’05 are invited to sign up for the camp for a chance to earn a spot on next season’s roster.

Interested players can go to www.NapaneeRaiders.com to register. There is a registration fee of $40 per skater.

The camp marks a major step towards a ‘normal’ season for the Junior C hockey club which hasn’t played a meaningful game since their playoff run was cut short in 2020 due to the pandemic.

“When you look at things going on around the world, the progress we’ve made I think we’ve got to plan on a fairly normal fall into the winter,” said Raiders head coach Ben Hagerman. “We’re really excited to play in front of fans and get back to playing real contact hockey and really showing the community what Raiders hockey is all about again and to defend that title.”

As good as their team was in 2019-20, they’ve seen quite a bit of turnover since they last set skate on the ice in a meaningful game.

“We had four 21-year-olds and I believe nine 20-year-olds and the rest of it was made up of younger guys,” said Hagerman. “Right there you’re looking at three quarters of your team who were over 19 at that time. Even if COVID didn’t happen we really knew last summer was going to be a huge summer for us to recruit. Even though we were in the thick of COVID last summer, we really knocked on doors, virtual doors as it were, and brought together pretty much an entirely different core last year.”

With the Gananoque Islanders dropping out of the league the Raiders were able to add Aiden Johnson and Matt Poole in February. Though they’ve added a few players here and there since the lockdown, there will still be rosters spot to compete for at the camp.

“Gananoque dissolving there were some players freeing up there, picking up Poole and Johnson was just absolutely huge knowing that they had years of eligibility remaining,” said Hagerman. “Really unfortunate to lose (Raider overagers) Panetta, King, Marrison, and then we’re looking at potentially guys moving on to higher levels. A lot of the really hard recruiting from the pieces of the COVID cancellation was done last year. We’re hoping for a good solid core returning and replacing the three overagers and three or four guys moving on to different levels or going away to school. It’s going to be a competitive camp.”

How many players are allowed at camp will depend on provincial guidelines in August, but Hagerman is hopeful to have enough to hold competitive scrimmage games. Come September he envisions a handful of exhibition games to get the players in game shape after the long layoff.

Though no dates have been announced, the regular season won’t get started until October. It’s still yet to be confirmed whether or not games will be confined to the Tod Division as opposed to cross-division games with the teams from the Orr Division. One thing that is set in stone is the fact they’ll welcome a new team to the division in the Frankford Huskies.

“It was really concerning when we lost Gan because a division of five playing upwards of 10 times a year if we didn’t do division (crossover) was kind of scary to think about,” said Hagerman. “To get that sixth team back was huge.”

Hagerman says he knows a lot of the people involved with the Huskies’ front office and expects the new team to be competitive right from the get-go.

With training camp now set and the season just one step closer, Hagerman says he’s appreciated all the support he got from the community through the longest offseason in franchise history.

“We had small businesses that were struggling that still gave their sponsorship last year,” said Hagerman. “We had 300-400 people viewing us on Facebook Live just so they could catch a glimpse of the new players in mean nothing exhibition games.”

For that reason, the coach can’t wait to get back in the SPC in front of fans.

“We’ll just be happy to being back to playing real hockey and getting people back into the buildings across the division and having fun, breathing cold air and drinking coffee in the rinks,” he said.