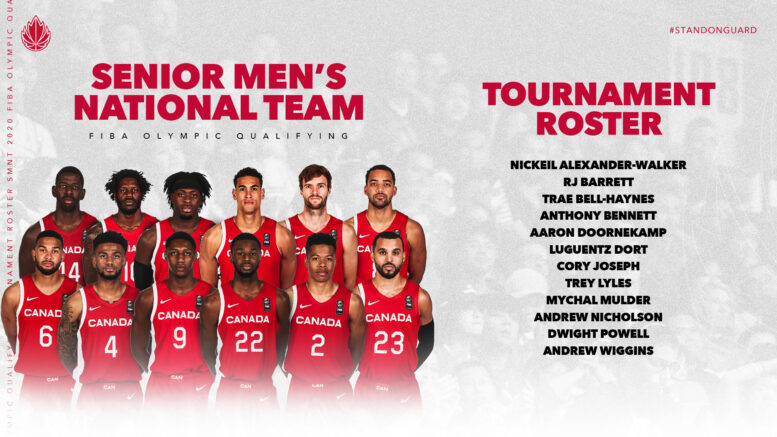 Odessa’s Aaron Doornekamp is among 12 players tasked with getting Canada’s senior men’s basketball team to the Olympics.

Doornekamp was included in the final roster, which was announced today, just ahead of the last-chance qualifier tournament, which runs June 29-July 4 in Victoria B.C.

Doornekamp, who is listed at 6’7”, most recently played professionally in Spain.

The host Canadians will need to win the six-team tournament in order to qualify for the Tokyo games. They’re looking to become the first Canadian squad to advance to the Olympics since 2000.