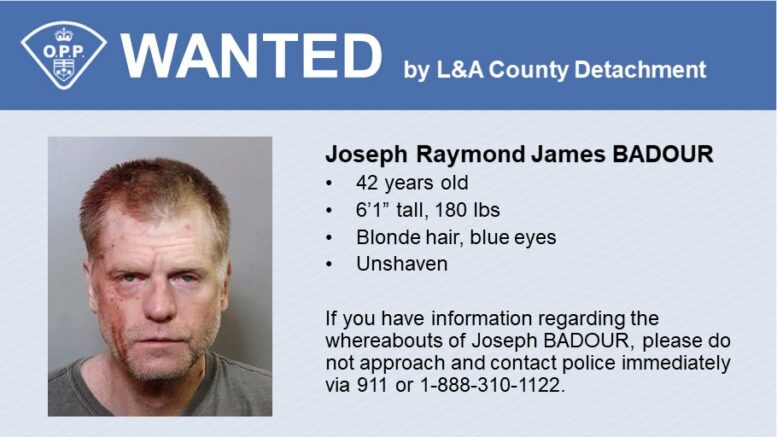 The search for Joseph Badour is ongoing and OPP are reminding the public not to approach him if they see him.

Badour has been on the run from the police since Monday. He’s wanted in connection with an assault that took place in Deseronto.

“Police operations to locate Joseph BADOUR remain underway this morning. BADOUR is considered dangerous so please do not approach him and call police immediately via 911,” reads a Tweet from the OPP’s official account.

According to witnesses, an altercation took place on Monday between three people when two of them attended the residence to evict the accused from a family residence. During the altercation, the accused assaulted the two other people with a knife and a hammer causing injuries to both before fleeing the scene on foot. A ground search for the accused person failed to locate them and it’s believed that they may have had assistance in leaving the area.

The injured parties were treated and released from hospital.

The same accused is believed to have been behind a May 21, 2021 incident, also in Deseronto, where a fire extinguisher was used to assault three people in a vehicle.