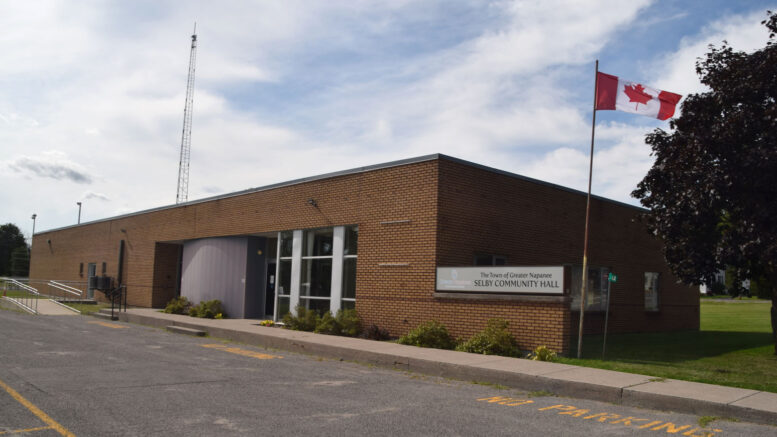 Acknowledging the fact a local OPP Detachment Board will come into effect June 7, Greater Napanee council has voted to let its current contract with the Police Services Board to lapse.

Council made the unanimous decision at their regular meeting held March 23 in Selby.
Council had the option to extend their current contract until Dec. 31 of this year under the same structure as last year but chose instead to let it lapse.

“We’re halfway to June and June it changes already and then we’re going to have a new system come the fall,” said councillor John McCormack. “So to me I don’t see the point of renewing the contract just to remain on the police services board that’s not going to be around in the near future.”

Greater Napanee was the last community in Lennox and Addington still operating under the contract with the Police Services Board.

The issue of the OPP contract with the town has been going on since December as the two sides continue to try to work out an agreement. The crux of the matter is costs associated with police staffing at Quinte Detention Centre, for which the town has maintained for years they have been overcharged.

“I think this council has probably investigated and turned as many stones over with respect to this contract as probably any council in the past and maybe any in the future,” said Richardson. “We have looked at this from every different angle. I think we’re all very comfortable in what’s going to happen.”

“With respect to our issues with the jail, I think we’ve again turned over every stone that we can and we’ve decided or figured out that it’s not with the local detachment, it’s with the solicitor general and our battle is with the solicitor general, which we won’t have to go alone I don’t think, I think we’re going to have some company in that with a lot of different municipalities across the province,” said Richardson.

-Council members offered their farewells, thanks and well wishes to clerk Susan Beckel, who oversaw her final meeting before departing for a new job in Perth. Council reluctantly passed a by-law to repeal by-law 2012-37, which officially relieved Beckel of her clerk duties.

“All our firefighters staff is great, but that’s a long term commitment for something that interrupts your life every time you turn around,” said Isbester.