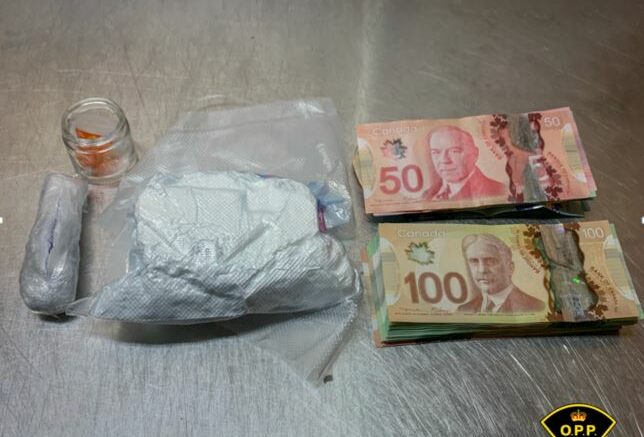 Police say they found quantities of drugs and money inside a car that was attempting to flee police in downtown Napanee.

On March 29, 2021 at approximately 11:30 p.m. officers of the Lennox and Addington OPP stopped a vehicle travelling at a high rate of speed on Highway 401 East in Greater Napanee.

While interacting with the two occupants in the vehicle, the driver placed the vehicle in drive and fled. A short time later, officers utilized a tire deflation device and then subsequently conducted a rolling block on the vehicle, stopping it on Dundas Street West in Greater Napanee.

The driver and passenger were placed under arrest and a search of the vehicle revealed a quantity of illegal drugs and cash.

Police seized suspected fentanyl, cocaine and crystal methamphetamine along with nearly $2,500 in cash.

The 30-year-old was also charged contrary to the Criminal Code with: