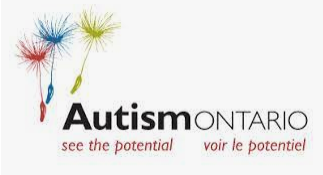 Flags from Autism Ontario will be on display at schools across Lennox and Addington to help celebrate April 2's World Autism Day.

The falls at Greater Napanee’s Springside Park will be illuminated blue on Friday in honour of World Autism Day.

Homes and businesses across the town are encouraged to do the same as a show of support for those in the community who have autism. World Autism Awareness Day aims to celebrate the talents of autistic individuals, while focussing on embracing and welcoming these diverse skills everyday.

Lennox and Addington County Autism Network (LACAN) is using the day to launch a video that aims to encourage inclusion, which will be posted to www.lacautismnetwork.com.

LACAN is a volunteer non-profit organization that strives to support individuals and their loved ones with exceptionalities.

“We brainstormed and thought what could we do to support World Autism Day?” Said Stapley. “Jocelyn is a dance major with York University and she’s finishing her final year and she has to do a year end project and she really wanted to do something for the Network and wanted to do something to support autism awareness and she asked me how we could make that happen. So we thought what better way to do it than through interpretive dance?”

Jocelyn’s twin sister Jessica, also a dance major, appears in the video as well. The group then enlisted the help of Kate Wilson, program director at Lennox and Addington County Libraries, to film the video. The end result is an informative video that shows students how to reach out and include those with autism in a classroom setting.

“They don’t have to be verbally,” Stapley said of ways to include others. “They can be through understanding and education.”

The plan is to distribute the video to schools throughout the Limestone district as a tool to teach students a bit more about those with autism.

“This is the 14th annual World Autism Day and it helps bring the community together and help understand and recognize there are autistic individuals living in our community which is why I like to feature some of our autistic friends that are in our community,” said Stapley. “I think putting a face to the diagnosis really helps personalize it.”

Along with the video, Stapley has also arranged to provide local schools with autism sensory kits and autism awareness flags from Autism Ontario.

Every little bit can help kids better understand why some of their classmates may act a little different. She says she’s already seen a big difference in how people interact with her son Hank, who has autism.

“It really is heartwarming to see that and that’s why I began this network was because of Hank and me wanting him to be accepted and understood and have friends,” said Stapley. “Now it’s grown beyond that.”

Greater Napanee council voted earlier this year to officially proclaim April 2 to be World Autism Day within the town.