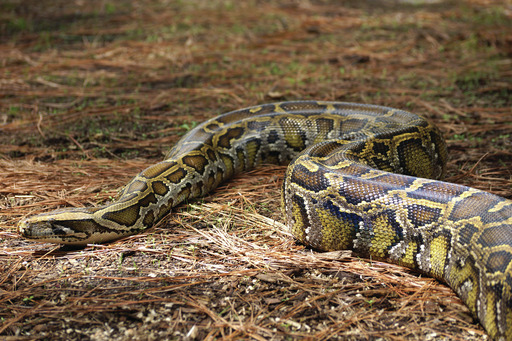 Currently the Town of Greater Napanee has no by-laws regarding residents owning exotic animals such as snakes.

Noting a lack of a by-law as it pertains to exotic animals, Town of Greater Napanee staff will look to neighbouring municipalities for guidance.

Greater Napanee councillor Ellen Johnson made a motion at the March 23 council meeting requesting town staff research the exotic pet by-laws of surrounding municipalities as a template for developing their own. Council has placed a deadline of ‘by the end of the summer’ for the information to come back to them.

The motion was made in response to a letter submitted by landlords Lindsay Cuthill and Duane Hunt following an incident at one of their duplexes on Newburgh Road on Feb. 5.

“We later discovered that the current tenant had multiple snakes within a small unit, including a 10 ft. boa constrictor and multiple smaller snakes,” read the letter. “We contacted the by-law officer who informed us that the by-law for Napanee no longer has any restrictions on any animals other than dogs.”

The letter referenced the 2013 tragedy in Campbellton, NB in which a python climbed through the ventilation and killed a five and seven year old in their own home.

In their letter, Cuthill and Hunt said Animal Welfare Services attended the duplex and not only found dogs in need of care but the boa constrictor was ‘hungry and trying to escape the enclosure.’ This particular unit has a family with young children living on the other side of the wall.

“The issue was not just with the animals and reptiles and so on being there,” said mayor Marg Isbester. “It was certainly the safety of A. the neighbours and B. the well-being of the animals themselves and the OPP enforcement has stepped in so we’ll wait for them to do what they can. It’s an unfortunate incident, I don’t see it as being a joke for things that have happened in other municipalities.”

Councillor Terry Richardson said any by-laws the town may have had regarding exotic animals might have been lost in the shuffle with amalgamation 20 years earlier.

“We’re not the only municipality that has that problem either and it appears as though the City of Toronto has had the same issues and dealt with it many years ago,” said Richardson.

The town’s new by-law will aim to encompass as many types of pets as possible. Noting that even cats aren’t covered under their current by-law, deputy mayor Max Kaiser reminded council of an incident in Kingston some 20 years earlier when one home was found to have several hundred cats.

“If other municipalities have similar by-laws, we don’t have to re-invent the wheel here,” said Kaiser. “It sounds like a rare circumstance, but it’s certainly one that caught this landlord off-guard.”