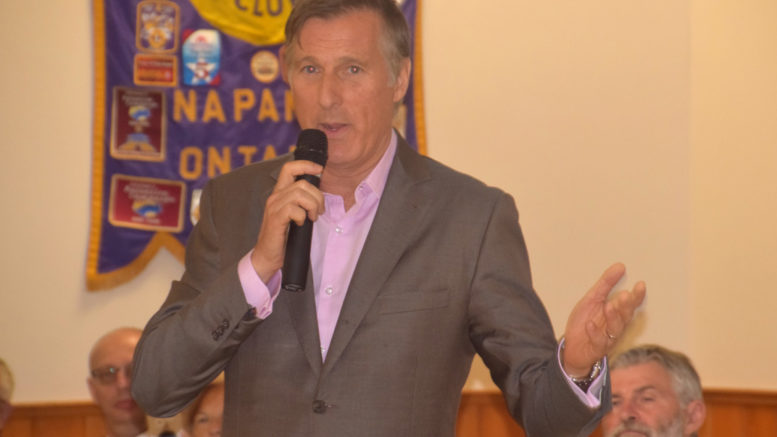 Hastings-Lennox and Addington MP Derek Sloan has joined a group known as the End the Lockdown Caucus, which includes People’s Party of Canada leader Maxime Bernier and Lanark-Frontenac-Kingston MPP Randy Hillier, as listed on the website LibertyCoalitionCanada.com.

According to the site, the caucus is a ‘non-partisan group seeking to provide formal challenges to current COVID-19 policies with a specific emphasis on ending governments use of province-wide lockdowns and stay-at-home orders.’

Perth East councillor Darryl Herlick and Centre Wellington councillor Steve VanLeeuwen are also listed on the website as members of the caucus.

“We are current and former elected representatives from municipal, provincial, and federal levels of government across Canada, unified in pursuit of the truth, and resolved to ensure there is open, honest, and public debate regarding the COVID-19 government response,” a statement reads on the website. “After careful examination and scrutiny of mitigation measures undertaken by all levels of government, it is now evident that the lockdowns cause more harm than the virus and must be brought to an end. We devote our energy and efforts to the just and compassionate objective of reopening our businesses, schools, places of worship, recreational facilities, along with the full resumption and expansion of efficient medical services. We desire to restore dignity and respect for all Canadians by safeguarding our representative democracy and its institutions, defending our Constitution, personal freedoms and responsibilities, whilst implementing focused protection for the most vulnerable.”

In a video posted to YouTube, Bernier further explained their objective.
“We want to fight these lockdowns, we want to be sure that Canadians will have back their freedom and we want to have a real debate in this country about the consequences of these lockdowns and curfew that happen in this country, in Canada, in 2021,” said Bernier. “In the end we’ll be the real opposition in Canada against the lockdowns.”

Bernier also attempted to recruit other politicians to join the caucus.

“If you know somebody that is an elected representative, ask him or her to be part of our caucus,” he added.

Sloan is currently an independent after having been removed from the Conservative Party of Canada last month for what leader Erin O’Toole described as “pattern of destructive behaviour involving multiple incidents and disrespect towards the Conservative team for over a year.”