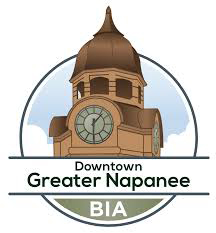 After hearing objections from BIA member Shaune Lucas over the proposed budget at their Jan. 12 meeting, council voted to delay adopting the proposed budget for now. The BIA board and its members will attempt to work out an agreement in the time being and come back to council in February with a new proposal. According to the BIA website, their primary roles are area promotion, event facilitation, policy influencer and business support.

In the first deputation of the meeting, BIA operations manager Krystal Snyder presented council with a proposed operating budget of $108,399.

“Following our by-law procedures, 30 days prior to Nov. 18, 2020, the BIA sent out ads to the newspaper and notices via email and newsletter to its membership informing them the BIA board would be holding the membership budget meeting,” said Snyder. “This meeting would be for the sole purpose of presenting the proposed budget and getting feedback from its membership.”

Snyder says a budget wasn’t released at the time of the notice, but was done so before the meeting, which is permitted within the BIA by-laws.

“With the consensus of the membership, (it was decided by the BIA board) that in these uncertain times it would be better to spend cautiously and wait for the COVID crisis to calm down and then look to do more long term capital investments in future spending,” said Snyder.

The proposed budget includes transferring $15,000 from reserves into the 2021 budget. It also proposes altering the membership levy from a minimum of $500 down to $200 and the maximum from $1,800 up to $2,100. The BIA board members voted unanimously in support of the budget.

“The BIA is confident it has done its due diligence in consulting with all available financial information, individuals including the general manager of financial services treasurer of the Town of Greater Napanee, BIA members, OBIA (Ontario BIA) as well as followed all the procedural by-laws of governance in presenting you with this 2021 budget and changes to the levy cap for approval,” Snyder concluded.

Lucas immediately followed with his deputation, outlining why he and other BIA members felt they should have more input on the budget.

“We’re off to a rocky start in 2021,” said Lucas. “The BIA as of the end of this month does not have an office. We don’t have marketing and event planning is being put on hold. And by the way, I’m very concerned that the BIA doesn’t have supplementary revenue to compliment the obligated levy that we are now incurring as businesses downtown.”

Lucas says he felt the members weren’t given enough of an input before the board voted on the draft budget.

“This is a very serious matter,” added Lucas. “We’re dealing with tens of thousands of dollars. Some (businesses) are not going to survive, other (businesses) are going to survive. I have total empathy for businesses who rent. And I have total empathy for commercial property owners who are leveraged to the hilt. They can’t have their tenants leave. (Ontario premier) Doug Ford has ruled, just like residential rent, that commercial property owners have an obligation to tenants who can’t pay the rent. This is unheard of.”

The two sides have time to find middle ground. The BIA’s budget doesn’t have to be approved until late April.

The matter is expected to be on the agenda for the Feb. 23 council meeting.