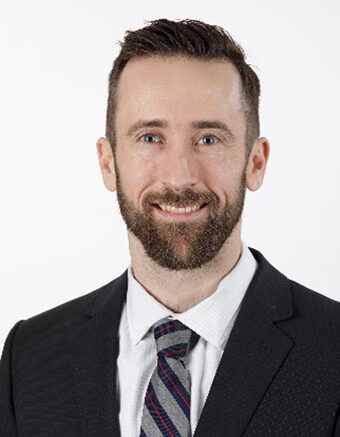 Hastings-Lennox and Addington MP spoke with the Beaver on Tuesday to address his thoughts on Conservative Party of Canada leader Erin O’Toole’s intentions to remove him from the caucus.

Late Monday evening O’Toole made an official statement saying he was taking steps under the Reform Act to remove Sloan from the party. The announcement came just hours after an article was published by PressProgress, which noted well-known white supremacist Frederick P. Fromm had donated $131 to Sloan’s party leadership campaign last August.

“We would get sometimes several hundred donations a day,” Sloan said of the donation, reiterating that he had no idea Fromm had donated to his campaign. “Particularly a donation of that amount, if it was like $1,600 or something we probably would have looked at it a little bit closer. Even now, without (yesterday’s PressProgress) article, I wouldn’t have even known who Frederick Fromm is and I think most Canadians would have no clue either.”

Sloan said once he read the article, he contacted the party to see how to return the donation.

O’Toole was quoted in the article as saying he was ‘outraged’ when he heard of the donation to Sloan.

Sloan also noted the party processed the donation and even took the customary 10 per cent from the donation, which goes to the party. PressProgress has also reported Fromm was a registered member of the CPC and cast a vote for Sloan in last year’s leadership election, which O’Toole won.

“My point in raising that is simply to say listen, if what I did was bad enough to get kicked out of the party, what they did is worse because the same lapse of oversight, if you want to call it that, was on their end several times over,” said Sloan.

Sloan says the timing of the PressProgress article was ‘suspect’.

“I’ve been organizing and trying to get people to sign up as delegates for our national convention,” said Sloan, referring to the CPC’s National Policy Convention, which will be held virtually March 18-20. “I don’t know if they felt threatened or something due to the fact that I have a lot of support around the country. I can only speculate, but it is interesting timing given the fact that I just was doing that and the delegations closed on Friday.”

Sloan also noted the article was released a day after O’Toole released an official statement distancing the party from the far right.

“The timing is interesting, you’re right in the wake of the commentary of you know, we’re not far right and then to have like a sacrificial offering of you know, someone whose quote unquote racist, the timing is pretty suspect,” said Sloan.

No date yet has been announced as to when Conservative MPs will vote on whether or not Sloan gets to remain in the party.

“There will be a vote there at some point and then I’ll worry about what to do after that,” Sloan said when asked what his plans will be if removed from the party. “I’m just focused on gathering support and winning the vote.”