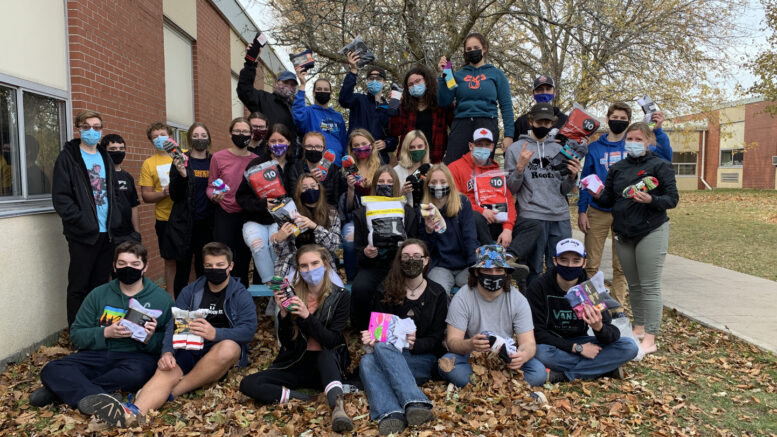 NDSS' Senior Immersion students show off some of the socks that were collected during the third annual Socktober Sock Drive. Submitted photo.

Together the two schools collected over 3,600 pairs of socks, which shattered their goal of 2,020. The warm threads will now be donated to SOCKS Napanee, which will distribute them to Napanee and area homeless shelters in need. Despite the ever growing demand for socks, they remain the least donated item for local shelters.

This marked the third year NDSS students have hosted the month long Socktober Sock Drive, under the supervision of teacher Devon Hale. Throughout the month of October students and members of the community were encouraged to bring in new pairs of socks to the high school.  Their efforts were boosted by Prince Charles Senior Kindergarten student Jaxxon Winfrey, who donated 200 pairs to the cause. 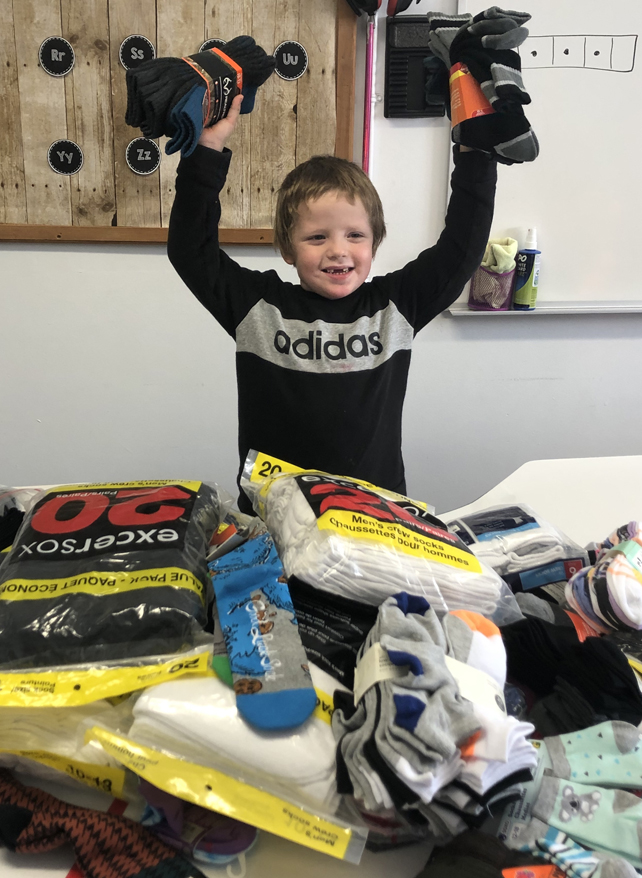