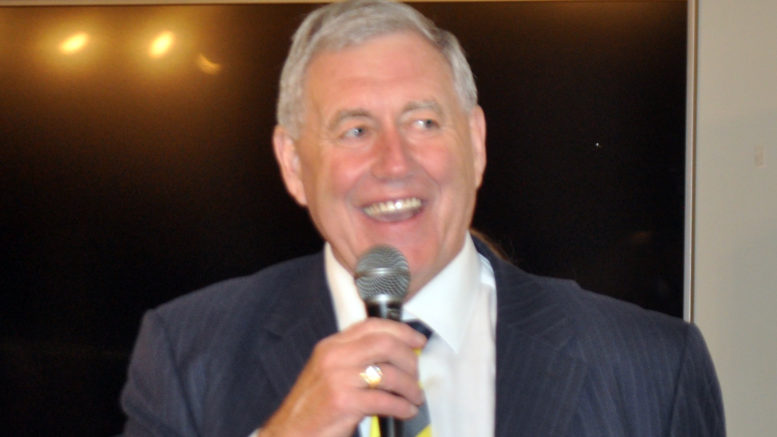 The Ontario Government’s historic investment of nearly $1B over six years to improve and expand broadband and cellular access across the province will boost the efforts underway in Eastern Ontario, says Hastings-Lennox and Addington MPP Daryl Kramp.

“The $680M to be announced by finance minister Rod Phillips in today’s Budget is on top of the $315M to support Up to Speed: Ontario’s Broadband and Cellular Action Plan,” said Kramp in a release. “Over the past several months, Ontario has partnered with the Eastern Ontario Regional Network (EORN) to invest $71M in a $213M project to improve access to cellular service and mobile broadband in Eastern Ontario. This new funding will be used for shovel-ready projects.”

Details were provided yesterday ahead of the release of Ontario’s 2020 Budget by Ontario Premier Doug Ford, Rod Phillips, Laurie Scott, Minister of Infrastructure, and Peter Bethlenfalvy, President of the Treasury Board, at the local Haliburton County Public Library in Minden Hills.

“By providing high-speed broadband to unserved and underserved communities like Minden Hills, we will create good jobs, unlock new opportunities for businesses and people, and improve the quality of life for individuals and families,” said Ford in a release. “With the world online these days, if we are going to attract more investment to Ontario and compete in this highly competitive global marketplace, we need every part of our province connected with high-speed Internet.”

“Improving access to broadband and cellular services is a signature project of the Ontario Onwards Action Plan to make vital programs and services more convenient, more reliable, and more accessible,” said Bethlenfalvy in a release. “At present, 1.4 million Ontarians lack access to broadband services that meet the CRTC’s minimum service standards, many in rural and northern areas. Today, we are ensuring more people and businesses can have safe and secure online access to the programs and services many of us already enjoy.”

Following the news of investment, Hastings-Lennox and Addington MP Derek Sloan released a statement as well.

“As the MP for Hastings-Lennox and Addington, I commend my provincial counterpart, MPP Daryl Kramp, along with the provincial government, for their understanding of the essential nature of this investment and how it will benefit millions of rural residents across Ontario-including business, families and students,” Sloan wrote in his release. “However, I must raise concerns towards the continued lack of action on this issue by the federal government.”

Sloan says he has been contacted by ‘thousands’ of constituents across Hastings-Lennox and Addington about the ‘constraints placed on them by the lack of access to affordable high-speed rural internet’ and says he contacted the Minister of Innovation, Science and Industry Navdeep Bains with those concerns.

“Voices from our region have been clear; leaders from municipal, provincial and federal levels are united in their demand that the existing inequalities between rural and urban internet access which severely impact our constituencies are fully addressed in the immediate timeframe,” Sloan wrote. “The time for delay is over, the federal government must immediately act on this urgent need.”