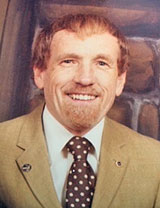 Benjamin passed away peacefully at his home on Saturday at the age of 93. He was being cared for by his loving and devoted daughter, April Sellers. He was known to many as the “Piano Man” for his dedication of sharing his love of music. His passion began at a young age where he played trumpet for the Sea Cadets, Queen’s Own Rifle Regiment Band and the Toronto Argonauts Band. He received his A.R.C.T. allowing him to teach and play music professionally. He compiled his own band, The Larry Rose Band, which played joyous music for all occasions and events for listeners to enjoy. During this time, he and his late wife, Lillian Rose, opened and ran a music store and school of music together in Toronto for many successful years. They then journeyed to Napanee, where Ben was a pianist for the Kingston and Quinte Schools of dance, while playing with the Eastern Ontario Concert Orchestra. He further expanded his music playing to include being the organist at the Selby United Church and Saint Mary Magdalene (where he was choir master as well). To help ensure all ages were able to enjoy his beautiful talent, he played concerts at the Village Green and Parrott Centre weekly for the residents until the age of 92. Benjamin was known as a quiet individual with a zest for life. For this reason, he is being aquamated and no service is being held. Instead, we request that donations be made to the Nature Conservancy of Canada, to help restore the Hudgins-Rose log cabin on the nature preserve, that he and Lilian shared a passion for. Please follow this link to donate https://donate.natureconservancy.ca or mail cheque directly to Nature Conservancy of Canada, 245 Eglinton Ave East, Suite 410, Toronto, Ontario, Canada M4P 3J1 and make payable to Nature Conservancy of Canada, please also note that it is for the Hudgins- Rose log cabin in memory of Benjamin Rose. Forever in our hearts, love April Sellers, Ivy Nibourg (& family) and Chris Sellers-McCaw (& family).