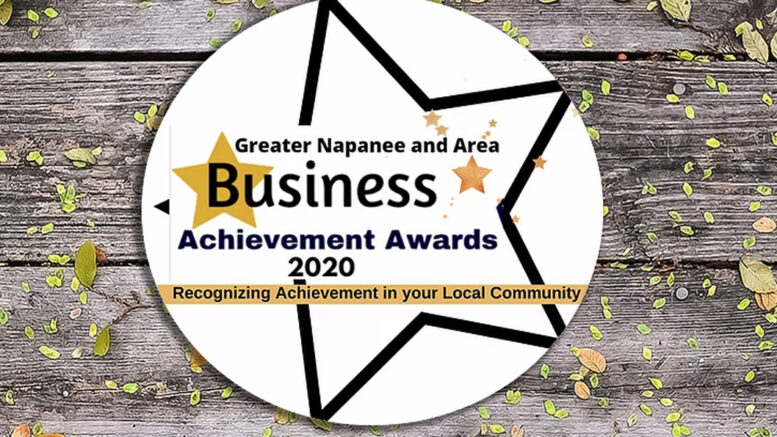 Hosted by Lisa Ray Koenig, this year’s event, the eighth of its kind, was broadcast on YouTube. The previous seven ceremonies were held in person but COVID-19 safety protocols forced the awards to take an online format.

Nominated by members of the public, the winners were determined by a diverse panel of judges. The event was created by the Napanee and District Chamber of Commerce and Downtown Greater Napanee BIA and is designed to recognize the success of local businesses, employees and owners.

Earning the Communities in Bloom Award was Sarah and Jim Wynn of Wynn Farms.
Harold St. George of Santorini Mediterranean Grill was named the winner of the New Business Award.

Ethan Winter was selected as the Youth Employee Award winner.

The Napanee and District Chamber of Commerce Award went to Ivan and Dan MacKinnon of MacKinnon Brothers Brewery.

FireRein’s Quincy Emmons was named the recipient of the newly minted Pivot Award.

The Napanee BIA Award went to Rennie Hutzler of Lansing Gallery and Gifts.

The prestigious Milestone Award went to Larry and Mark Pringle of Pringle Ford.