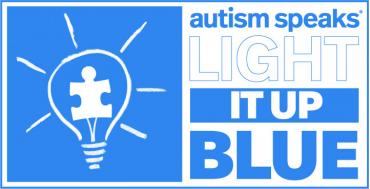 For the second year in a row, the Town of Greater Napanee has declared October Autism Awareness month thanks to the efforts of the Lennox and Addington County Autism Awareness Network (LACAN).

Autism Awareness month is celebrated across Canada as a way to celebrate diversity and inclusion for persons living on the spectrum.

Speaking with the Napanee Beaver about this was Mandy Stapley, Founder of LACAN.

“I am really excited because lots of really cool organizations across the nation support this initiative and are part of it. I’m happy Napanee was able to participate in the Light it up Blue Campaign.” she said.

With council’s announcement on Tuesday that October once again be proclaimed Autism Awareness Month, there are even more reasons for those in the autism community and their supporters to celebrate.

“It is really exciting for people in Lennox and Addington County who are part of the autism community to have that recognized,” Stapley expressed.

Last year, as Stapley noted, there were blue lights installed at the Strathcona Paper Centre and council was able to keep the Springside Park light shining blue all month, she explained. “It shows the town is supporting something that is really important to members of the community.”

Stapley hopes that the Light it up Blue Campaign will elicit awareness about the different faces of autism and how each individual is impacted differently.

Though Stapley had hoped to initiate a walk for autism awareness this year, COVID-19 has thrown a wrench in those plans.

“There won’t be any events because we want to be respectful of the seemingly growing numbers of COVID-19,” said Stapley.

Thus far, she has contacted the Downtown Napanee Business Improvement Area (BIA) to see if any local businesses will “Light it up Blue” in support of this campaign.

“What I’ve done is contacted the BIA and a couple local businesses to see if they would show support. I’ve offered them a blue indoor/outdoor light bulb and also one of our posters for light it up blue,” she explained. “ I’m happy to say that the president of the BIA, Jane Adams Roy was actually one of the first to accept an offer for the Dundas Street Bakery and for the Waterfront Terrace.”

Stapley said she intends to canvas the town in hopes of finding more businesses interested in supporting her cause.

“We’re also encouraging residents of Napanee to show their support if they know somebody or have somebody affected in their life. It would be nice to see that support in our community,” she said.

When asked what inspired her to raise awareness about autism, Stapley spoke of her personal experience raising a son on the spectrum.

“My son is seven and was diagnosed with severe, nonverbal autism at the age of three. It’s been quite a lengthy journey to get where we are today,” said Stapley. “He’s now seven and is still, I guess you would call him non-verbal, but in my opinion he is pre-verbal. He’s able to put two to three words together. He has a basic function of communication, but he’s not completely verbal and he needs an augmentative communication device.”

Stapley explained that for children who are at home, or in an equally comfortable surrounding, it’s more easy for them to communicate. But the challenges for those with autism does not end at home, instead following individuals on the spectrum throughout their lives.

“I do see  a need for supporting adults and individuals on the spectrum to help them with life skills, transitioning out of a high school, which is very routine and structured, into more of an adult life,” said Stapley. “Whether they’re helped to volunteer, work, or further their education, they need some kind of transitional support.”

Stapley noted she would like to focus on helping those with autism at every stage of life.

“We want to support everybody, but the adult population is definitely under-resourced,” she stated.

Her efforts have not gone unnoticed locally, and Stapley is hopeful LACAN will even affect change at the provincial and federal levels.

“Something we are really trying to advocate for is change, not only in our community, but also with our members of parliament at a provincial as well as federal levels,” Stapley commented.