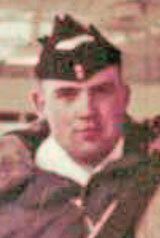 John Charles Murgatroyd died peacefully at Prince Edward Hospice on July 24, 2020 in his 79th year surrounded by his children. Survived by his children Jessica, Jonathan, Alana (Christoper), Anthony (Valerie) and wife Margaret. Loving Grandpa to Sophia. Also survived by siblings Susan (Bruce) and Sanford (Vicki) of British Columbia.Predeceased by his parents David and Janet Murgatroyd and his siblings Dorothy Hill and David Murgatroyd. John was a pilot with the RCAF and later a lieutenant with the Canadian Armed Forces. John was known throughout his life for his talent and love for mechanics and engine repair. Due to COVID-19 a celebration of life will be held for John at a later date. A private family service will be held at Garden of the Apostles in Ottawa. Donations can be made to Prince Edward Hospice, Picton Ontario.