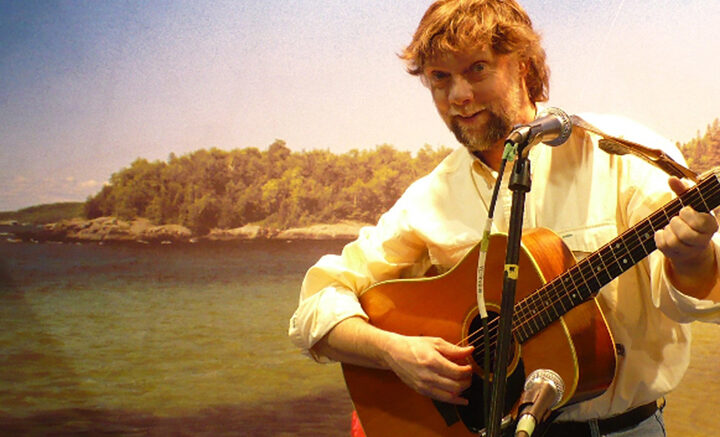 Children's performer David Archibald will play in this year's Music by the River. Submitted photo.

Local musician David Archibald is using his time in self-isolation to inject new life to some of his older songs by creating accompanying YouTube videos.

Among the tunes the Newburgh based singer-songwriter has added photos to are his songs with a local flair, Hometown and The Gibbard Rockettes.

Hometown, which appears on his album Southampton, was originally written for the Blyth Festival as part of an accompaniment for a play aptly titled, Hometown. While the song wasn’t written about Napanee per say, Archibald says it was more about a feeling everyone gets when they think about their own hometown.

“There’s sort of generic things that anyone from any hometown could think,” said Archibald. “The water tower is getting a bit rusty, that billboard is a little bit out of date, that sort of thing.”

To make it more personalized, he set the video to historic images from Napanee, mixed in with contemporary ones from fellow musician and photographer Jim Peets.

Archibald was also putting the finishing touches on another video, this one for The Gibbard Rockettes, which focuses on the women who contributed to the war effort by manufacturing supplies from Napanee’s Gibbard Furniture factory.

That song is a bit older, written at a time when he had access to firsthand accounts from the time period. Keeping that song current has taken on more importance, as many of the veterans who assisted with the war effort are no longer around to tell their stories.

“I was able to talk to some of the woman who had worked at Gibbard’s during the war,” said Archibald. “A couple of the fellas that had been there as well so that was helpful and Bruce McPherson who was in charge of Gibbard’s was also really helpful.”

Videos for the songs and several others in his collection are available by searching David Archibald on YouTube.

As well as working creating videos, Archibald has been performing weekly themed concerts from his home every Wednesday at 8 p.m. Themes have included music from the various decades, the British Invasion and more. The free concerts are available by invite through the contact information on www.DavidArchibald.com