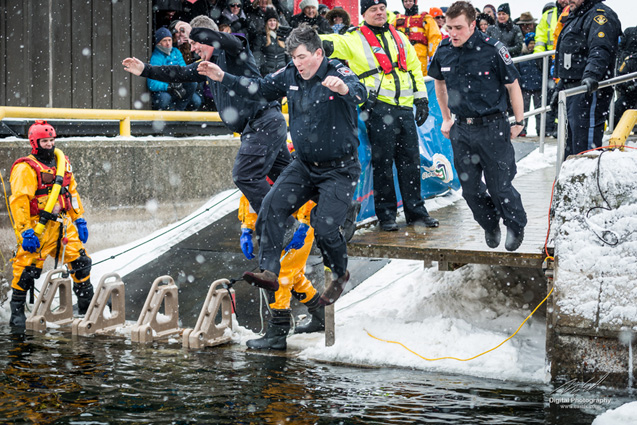 Greater Napanee Emergency Services are used to braving extreme heat but on Feb. 2 are team of them will take the plunge into polar opposite conditions.

As part of Kingston’s Feb Fest, a handful of Napanee firefighters will take part in the Polar Plunge, jumping into the open waters at Kingston’s Crawford Dock.

This will mark the fifth year a Napanee team has taken part in the jump, with team members once again collecting pledges ahead of their jump to go towards the local Special Olympics. Aptly named the Greater Napanee Frigid Firefighters, this year’s team currently features Kevin Duncan, Joe Thompson and Shane Cameron.

“I’ve done ice rescue before but we’re not in our street clothes, we have our gear on and (the Polar Plunge) is not the same,” said Duncan, who is getting set to Polar Plunge for his fourth time. “It’s invigorating, but it’s shocking …But we’ll pretty much do anything for a good cause.”

The Frigid Firefighters are hoping to raise $1,000. They’re currently accepting donations at https://secure.e2rm.com/registrant/TeamFundraisingPage.aspx?teamID=887796.