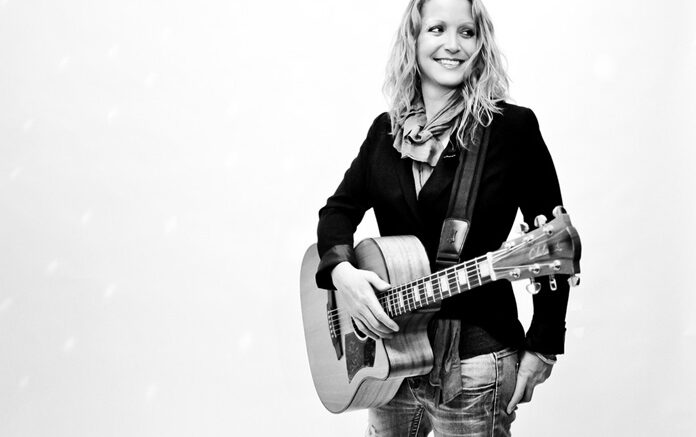 Sarah Smith will return for her second show at Napanee's Ellena's Cafe on Jan. 9. Photo by Cheryl Mazak.

Ellena’s Cafe in downtown Napanee is kicking off the new year with the siren songs of Sarah Smith on Jan. 9 starting at 7:30 p.m.

Having initially dazzled a packed house at the cafe during the inaugural Starstop Concert Series, Smith was encouraged to return to the local venue.

An international touring artist, she has performed regularly throughout Europe, the U.K., the U.S. and the Caribbean, though she resides in London, Ontario.

Currently, she is touring in support of her fifth album, “Unveiling” with Napanee being one of her last Canadian stops before heading to Europe.

A former winner of Best Adult Contemporary Artist at the Toronto Independent Music Awards, and a performer well-known for her evocative, searingly painful  lyrics, Smith is a perennial award nominee and winner at the Jack Richardson/Forest City Music Awards in London, Ontario. She has shared the stage with Bif Naked, Joel Plasket, David Wilcox, Emm Gryner and more.

In anticipation of this show, Smith took a few moments to speak with the Beaver.

“There are locals I really love (in Napanee),” asserted Smith. “They’re my friends and every time I talk to them, they ask me when I’m coming back. I met some really great people the last time I played at Ellena’s. Since then, I’ve got a new album out with fantastic music I think people will really like. It’s time to come back.”

Smith notes that although her performing career, spanning 20 years, has taken on various permutations, it remains a powerful tool to connect with others.

“Performing taps into all those emotions I sing about and I’m able to relate with people. So, to me, it’s a connection of energy and human emotion that helps us to feel less alone,” said Smith.

Smith stated her fifth album is, as the name might suggest, all about being vulnerable, showing her truths and singing about them.

Anything that can bring people together in the dead of winter is a powerful tool, as Smith points out.

“We need each other in the winter,” she exclaimed.

Tickets are $20 and are available through Eventbrite or at Ellena’s Cafe, 16 Dundas Street East, Napanee.