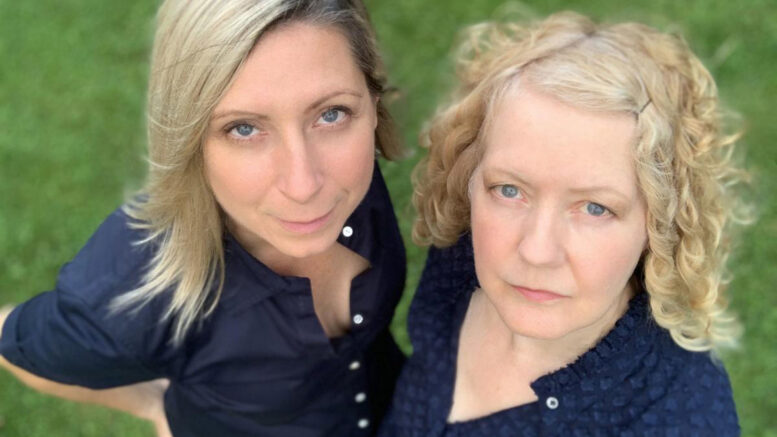 Kingston duo Kris and Dee will play the Lennox and Addington County Museum and Archives on Nov. 28 to help kick off the holiday season.

Prepare for a great night of music with Kingston-based, folk-pop artists Kris and Dee for their performance ‘Live at the Museum’ at the Lennox and Addington County Museum on Nov. 28.

The evening, which takes place at 97 Thomas Street E address, begins at 7 p.m.

“The Kris and Dee event is linked to our ‘Live at the Museum’ series and is the final performance of 2019, kicking off the holiday season.” stated Amber Meyer, museum program coordinator with Lennox & Addington County Museum and Archives. “This will be the main feature for the evening, however guests will also be able to enjoy the exhibits throughout the museum before or after the concert.”

Reaching No. 1 and No. 3 rankings in Ontario and the Maritimes, Kris Abbott and Dee McNeil now have four full-length albums released. This duo, with their Springsteen-esque reign within the Canadian musical landscape, are being called “one of Canada’s most compelling duos of the last decade” and are known for their honest, powerful and poetic songs which are equally personal and universal.

“We’ll perform as an acoustic duo with some luscious sounds and lots of harmonies,” Abbott told The Beaver. “Our music can be very spacious and also have an unexpected edge. If you like the written word you will probably find our music poetic as well.”

The duo’s 2011 debut album, Still Here Inside, was chosen by Starbucks for its Worldwide Playlist.

Their 2015 release, A Great Long Game, was selected by CBC Music’s Mark Rheaume in his Top Pick List for the year, and was played enthusiastically by CBC and on numerous college radio stations. Their fourth full-length album entitled Browse Line was released this October.

“We’ve just released a new album called Browse Line and typically will play shows of all sizes, sometimes with our band, sometimes as a duo at festivals, concert halls and even living rooms,” expressed Abbott. “One of our favourite type of shows is one where we get to play our music to an intimate audience. Music is a conversation with new people and it’s very special to play our songs in such a rich historic venue with our music being drenched in limestone and Canadian pine.”

The Museum has six live events that happen on the last Thursday of the month from February-May as well as October and November. Their sixth annual holiday event “The Christmas Tree” will be finishing off their year with a wonderful community celebration enjoying beautifully decorated community trees, music, Father Christmas, reindeer, and an outside expansion added this year with Glisse on Ice putting a figure skating performance on in a giant snow globe. It will take place Dec. 17 from 6-8 p.m.

The nov. 28 show will be Abbott and McNeil’s first time performing at the L&A County Museum. Within this program the Museum brings in new local artists to showcase their music of different genres.

When asked how it feels to be playing so close to home.

“Close to home? Perfect, in pyjamas before last call,” McNeil told The Beaver. “Actually it always amazes us how within a short drive of home there is such a diverse audience to connect with. We don’t play to one age group. Our crowd literally ranges in age from 20s to 80s, families, singles, couples, gay, straight, folkies, rockers, artists, writers and poets. That’s the crowd for Kris and Dee.”

The duo, who write music as an expression of the diverse life they live, have lives outside of the music scene. Outside of Kris and Dee music, you can find McNeil working in health care as the director of Medicine Program at KHSC and Abbott as an audio producer-engineer for life histories and also as the guitarist in Canadian rock Icons -The Pursuit of Happiness.

The two have been ‘married’ as a duo for 14 years.

Tickets for the event are $3 each and available at the door.