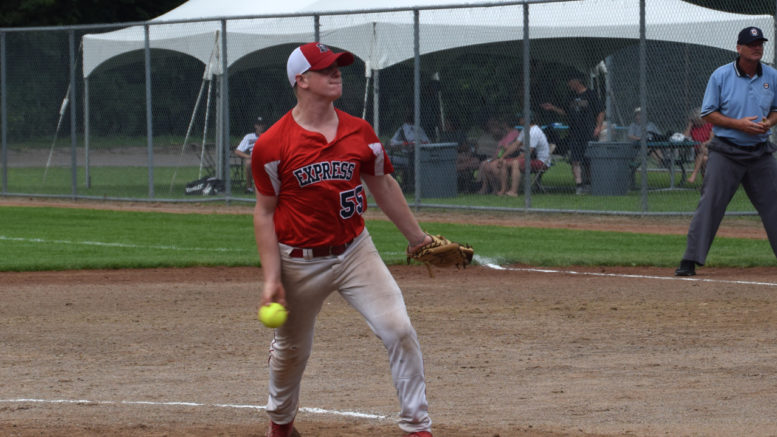 Canada’s U17 Men’s National Softball Team rallied to force extra innings but couldn’t complete the comeback in their Pan American Championships opener in Guatemala on Sunday, falling 10-5 to Team USA in eight innings.

Napanee’s Connor Brooks helped Team Canada to an early 2-0 lead, driving an RBI double down the right field line. He came in to score two pitches later on an RBI single.

Brooks came on to pitch in the fifth but ran into a bit of trouble, allowing four runs on five walks and one hit. He did settle down and eventually strike out the side, but not before the Americans had taken a 4-3 lead.

Down to their final three outs in the seventh, Brooks helped to ignite a Canadian rally when he was hit by a pitch to lead off the inning. He advanced to second on a bunt, moved to third on a sac fly and came in to score on a two-out single by Owen Rahn.

Rahn would be stranded and the game would move to the eight inning where Team USA erupted for six runs. The Canadians were able to scratch out a run in the bottom half of the inning but it wasn’t enough.

Canada will next take on the host Guatemala team tonight at 9 p.m. eastern. A live stream will be available on the Pan American Softball Facebook page.