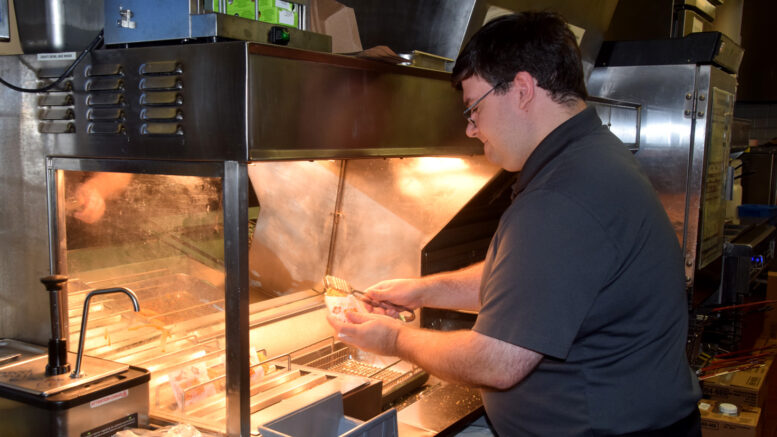 Kevin McGall was named a McDonald's Manager of the Year, which is presented to the top 10 per cent of all managers across Canada. Photo by Adam Prudhomme.

Napanee McDonald’s general manager Kevin McGall was recognized as one of the restaurant’s Manager of the Year Award winners.

Based on performance numbers in sales, client satisfaction, employee training and coordination of local marketing programs, McGall placed within the top 10 per cent of all managers across McDonald’s 1,400 chains across Canada.

“The fact that this store is doing as well as it is, it’s a huge testament to the owner/operator, myself and the entire team,” said McGall.

Matched up against stores in much larger population markets, the Napanee location more than holds its own in terms of sales and customer satisfaction rating.

“This is one of the larger stores in Eastern Ontario,” said McGall. “We certainly have a growing business. We are one of the top three stores in Ontario for coffee numbers. It’s incredible the amount of coffee we sell from this store alone. We have one of the best client bases. We have guests that come from the 401 from all over the country.”

McGall has over 17 years experience with the company, the last two-and-half spent as manager of the Napanee location. He credits Napanee/Picton McDonald’s franchisee Dan Doyle for giving him his first opportunity. From there he’s had several opportunities to climb the ladder through the company’s policy of promoting from within.

“I started out as a crew person,” said McGall. “I was a part-time crew person in high school. I never thought this is what I would end up doing, but once I got out of university Dan was nice enough to offer me a position with the company and I said as long as I’m learning and growing then I’m happy.”

McGall said since taking over the role he’s strived to achieve the Manager of the Year Award and credits his staff for helping him to earn it.