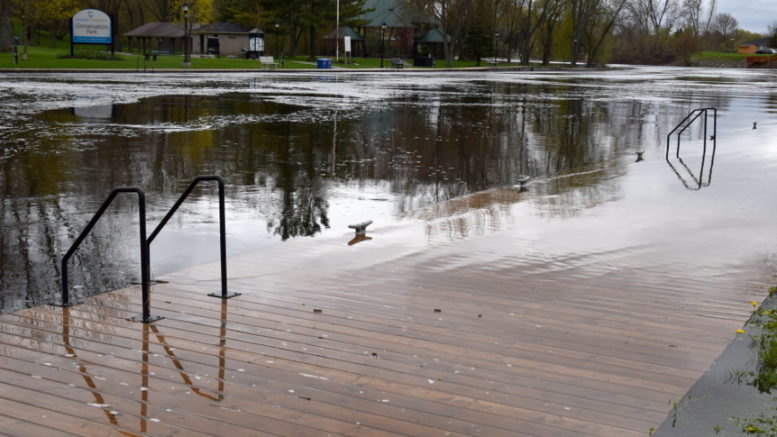 Greater Napanee was among six municipalities to call on the federal and provincial government to take action in regards to the flow of water levels in the Bay of Quinte Region and beyond.

Greater Napanee mayor Marg Isbester and deputy mayor Max Kaiser were among the leaders to meet in Quinte West last Tuesday to discuss the matter. They were joined by elected officials from Belleville, Brighton, Prince Edward County, Quinte West and Tyendinaga.

The result of the meeting saw the municipalities unite their voices to call for the International Joint Commission to revoke Lake Ontario-St. Lawrence River Plan 2014 and revert to Plan 1958-DD, to take immediate action to reduce water levels, lobby the provincial and federal government to provide support to property owners affected by flooding and to ask both levels of government to allow for all property owners to take extraordinary measures to protect their properties, such as the ability to build larger, more permanent retaining walls.

Their last request was to receive a response to the other four requests within 14 days of receiving the message.

According to a statement released following the meeting, the mayors, reeves and deputy mayor agreed current water levels have caused ‘overwhelming’ damage to local infrastructure, public safety and health. They also made it clear they felt the problems were a result of man made handling of water levels, not climate change.

The group is also calling upon leaders from the other municipalities, of which there are over 40, that reside along the shore of Lake Ontario to support their requests.