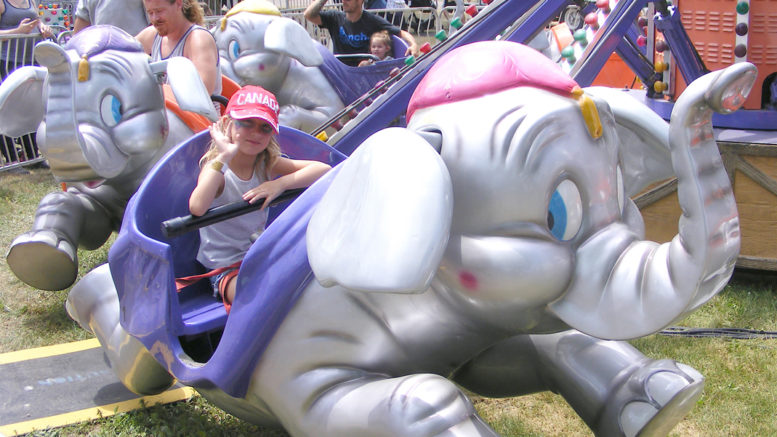 The flying elephant ride at the Odessa Fair midway was popular with all ages, including 5-year-old Megan Blonde of Kingston. The rides were run by World's Finest Midway. Photo by Terry McNamee.

The 184th annual Odessa Fair on this weekend had all this and more before the weekend wrapped up with the ever-popular demolition derby.

Florence Kimberley, President of the Odessa Agricultural Society, the organization that creates the fair every year, said it was a wonderful weekend overall.

“Our gate admissions were up over past years,” she said. “The weather was perfect; it was hot, but no rain, a few sprinkles but not enough to affect anything. The midway are busy and everyone had lots of fun.” 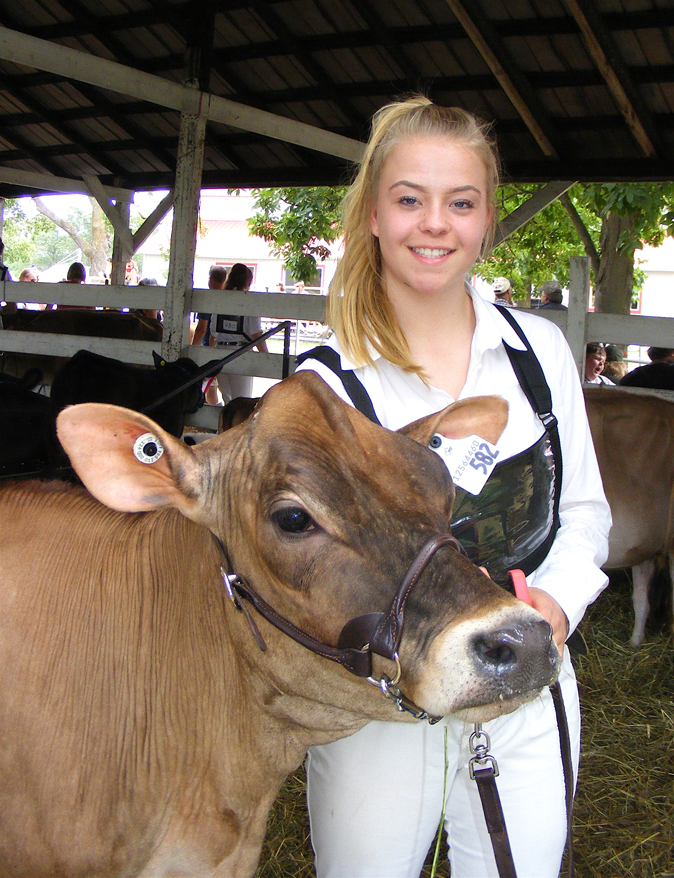 Featured performers this year included Rick Storms & The Roadrunners on Friday night, The Trills on Saturday night and a motocross show on Saturday afternoon and early evening.

“The FMX motocross show was very entertaining. The riders were amazing and were friendly and great with the crowd,” Kimberley said. “All shows were well attended by participants and fairgoers.”

Exhibits in the flower and vegetable divisions were lower than usual, she said, explaining that the late spring probably contributed to that. 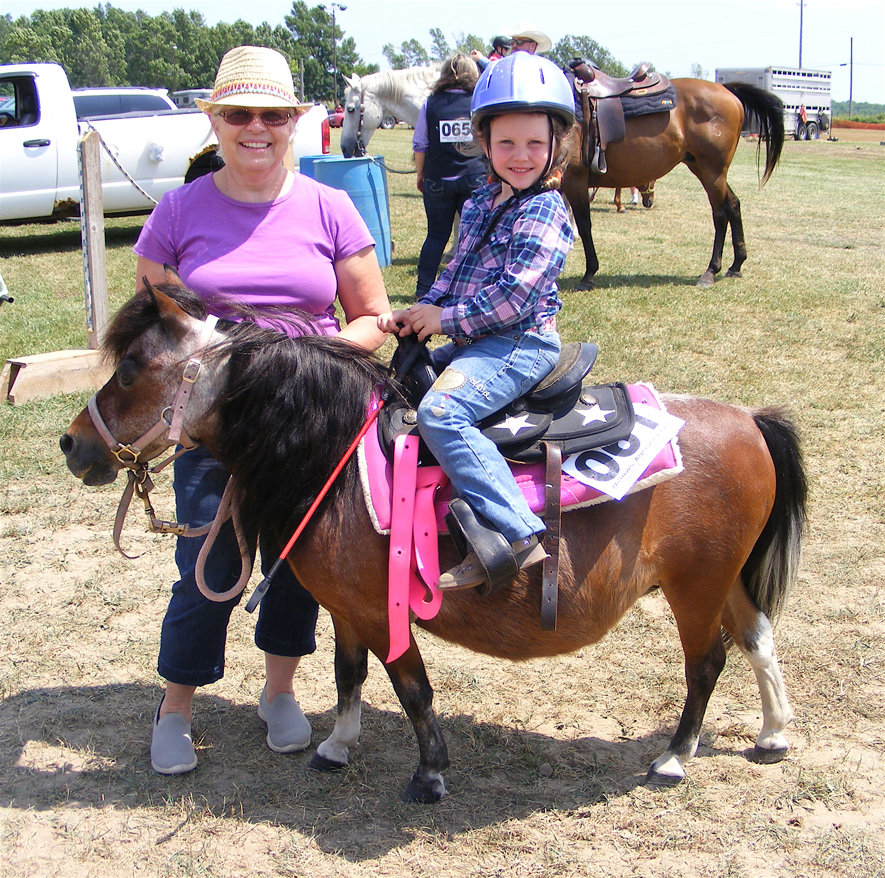 “The photography, children’s art and craft and baking were good, but the adult arts and crafts were down from past years, “ she said. “We do have entries of cookies and tarts going on to the District Competition in the fall.” She noted that yes, fresh tarts and cookies are made by the winning bakers for that competition. 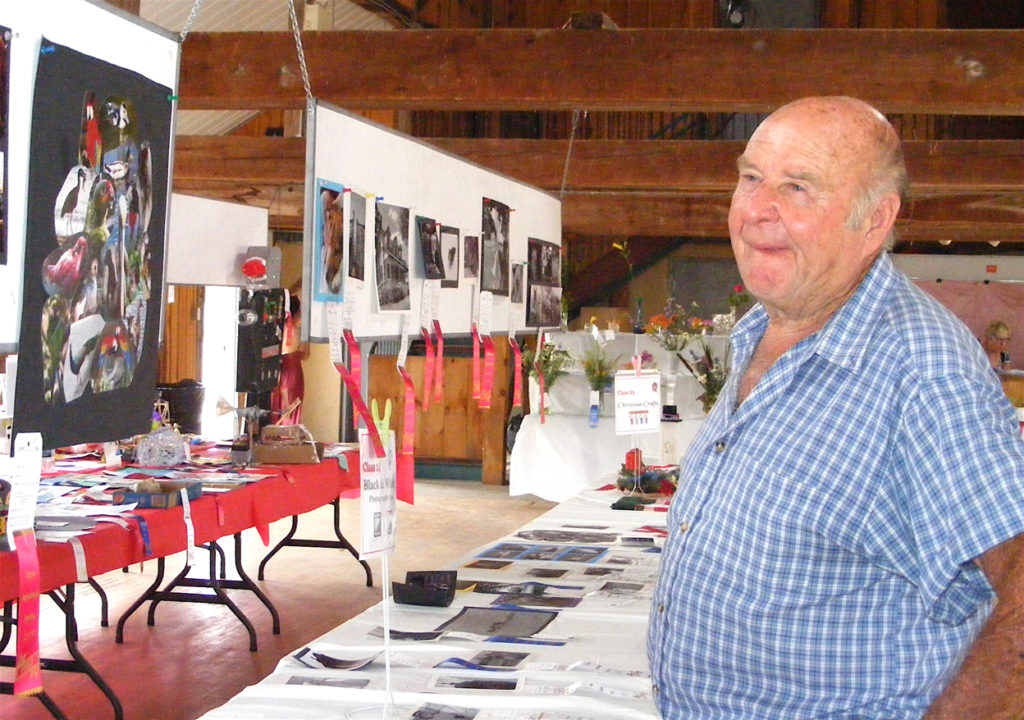 Peter Redmond of Holleford perused the entries in the photography division during the 184th annual Odessa Fair on Saturday, July 13. Photo by Terry McNamee.

A new event this year was the Kids’ Power Wheels Derby, and that was a big hit, she said.

Oh, and about those burgers?

“Our canteen was very busy and we had lots of compliments on our bacon cheeseburger being so good,” she said.

She also thanked all those involved in making the fair a success.

“We can’t emphasis enough that we could not do this without the dedicated directors, volunteers, sponsors and all the people that come out and support us,” she said. “A huge thank you goes out to everyone.”