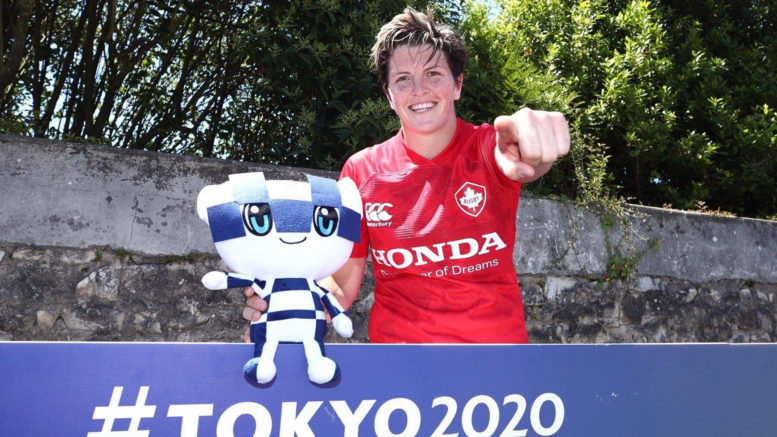 Canada’s Women’s Sevens rugby team is headed to Tokyo for the Olympic Games in 2020.

Napanee’s Britt Benn helped make sure of that, scoring a crucial try in a win over Ireland at the HSBC Biarritz Women’s Sevens, held last weekend in France.

That win assured Canada of a top four finish in the season standings, which officially qualified them for the 2020 Olympics.

“We were down 10 points,” Benn recalled of the game against Ireland. “It’s not easy to come back from a deficit like that in sevens. The girls and I just looked at each other and said ‘let’s go, peddle down.’ We started to play together, we calmed down and we started to stick to our game plan and then just put the nail in the coffin that secured our qualification. When we beat Ireland we advanced to the quarter-finals and that’s all we needed to do to qualify.”

The Canadians entered the weekend looking to rebound from a fifth place showing on their home turf last month at the Langford, B.C., Sevens.

“We were in front of our home crowd and there’s different kind of pressures there,” Benn recalled of Langford. “Your family is there, you live away from them 11 months out of the year. You want to show them what you work hard for and sometimes that comes out on the field as an individual effort and not as a team effort. The gaps are closing and at every tournament teams are getting better and better and the competition’s getting harder and harder. After our fifth place finish in Langford, we just went back to the drawing board, practiced for five, six weeks hard and we came to Biaritz and accomplished what we needed to do.”

While their win against Ireland secured their main goal of the season, and really the goal they’d been chasing since capturing bronze at the 2016 games in Rio, there was still the rest of the France series to be played.

After dropping a 27-14 game to Australia, Canada rallied for a 12-5 victory over the host France team.

A 21-12 loss to New Zealand placed Canada in the bronze medal game against Spain. Benn put the Canadians up 14-0 with the second try of the game and they held on for the 19-14 victory to close out the series with bronze. Overall on the season they finished third on the season, joining New Zealand, the U.S. and fourth place Australia as the teams to qualify for the Olympics thus far.

Benn, along with teammate Ghislaine Landry, were named to the tournament’s Dream Team. 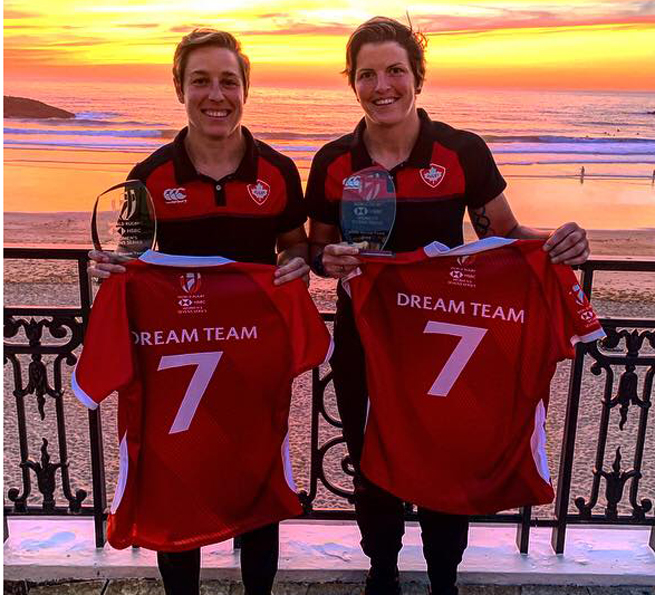 “To be named to the Dream Team, it takes a village,” said Benn. “For all of us to get where we are, I’ve come from such a small town and been given such an amazing support system. My family, my friends, my community, I can honestly say I wouldn’t be where I am today without them.”

Benn says her own ‘dream team’ would consist of her teammates, family, friends and hometown community.

The season now over, the 30-year-old Benn will enjoy a five week break before preparing for next season’s eight stop Sevens Series, starting in October. That season will be all about gearing up for the 2020 Olympics, which will run July 24-Aug. 9 next year. Though the final Olympic roster won’t be announced for some time, Benn says if she’s included on it, she hopes to use her experience from 2016 to help younger players.

“Bringing younger players under my wing and making sure they’re performing to their potential, I think it’s important to be that leader,” said Benn. “Especially with that experience from the previous games. I think the expectation is everyone on that team that went to Rio will do the same.”